By Alastair Talbot For Dailymail.Com

USMNT attacking midfielder Brenden Aaronson has vowed to become a ‘legend’ for Leeds United after a flying start to life in the Premier League under compatriot Jesse March’s orders.

The 21-year-old labelled as the ‘Medford Messi’ scored his first goal for the club in its 3-0 win over Chelsea in August, and also provided his first assist of the season in The Whites’ 1-1 draw against Everton.

Leeds fans, who are distinctly known for their chants and packing Elland Road on a weekly basis, have already taken the American to heart as they’ve come up with an adopted version of Estelle’s renown 2008 hit – American Boy – featuring Kanye West.

Asked about his new life at Leeds ahead of the USMNT’s friendly fixtures against Japan (on Friday) and Saudi Arabia (on September 27), Aaronson said: ‘They [the fans] see how much I work and how much I’m willing to work for the team, and I’ll always give 110 percent, and I think that they like that. 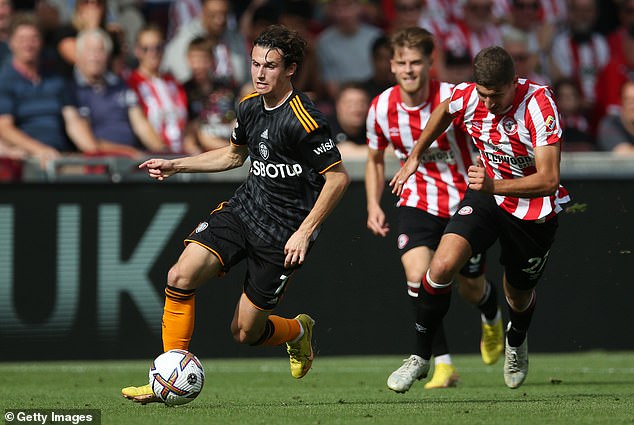 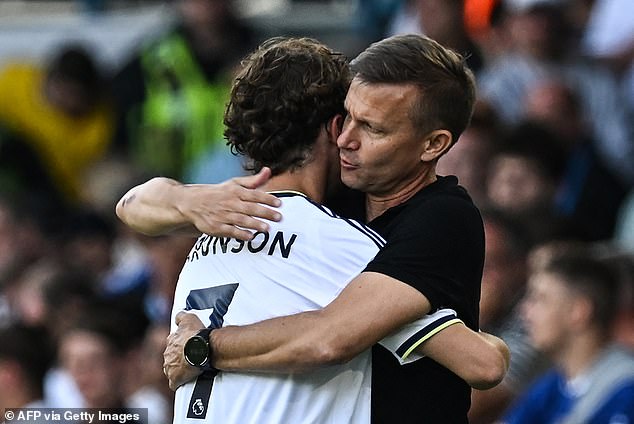 ‘That’s the kind of team we have,’ the former Red Bull Salzburg player added. ‘I’m really grateful to be at Leeds and I think everybody can see that I’m willing to work 110 percent and give everything I can to help the team win.

‘And I just want to keep getting better and better and yeah, become the best way I can be and hopefully be a legend for the club at some point.’

The Philadelphia Union academy product is two months away from representing his country at this year’s World Cup in Qatar, starting in November, and could even start ahead of USMNT winger and captain Christian Pulisic, who is currently struggling for game time at Chelsea.

‘I think I had a good preseason and then it kind of just pushed into the normal season, and I think I was just able to just kind of click with the team, click with the coach, click with the players,’ said Aaronson regarding his acclimation to life in West Yorkshire since his $30.2million move from Austria.

‘It felt like just a seamless fit for me and then it comes along [with] the fans. Just off the bat, I’m really grateful for all the support that they’ve given me.’ 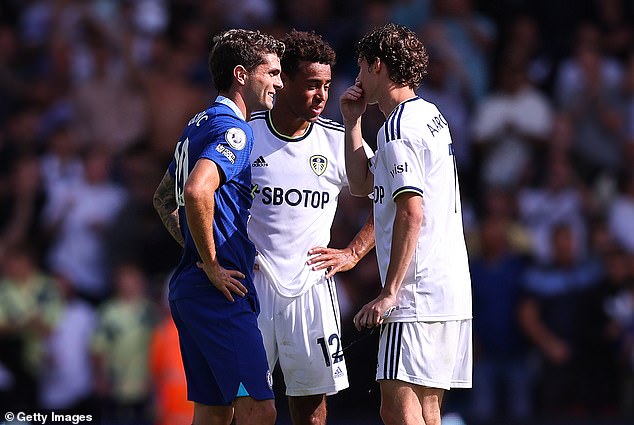 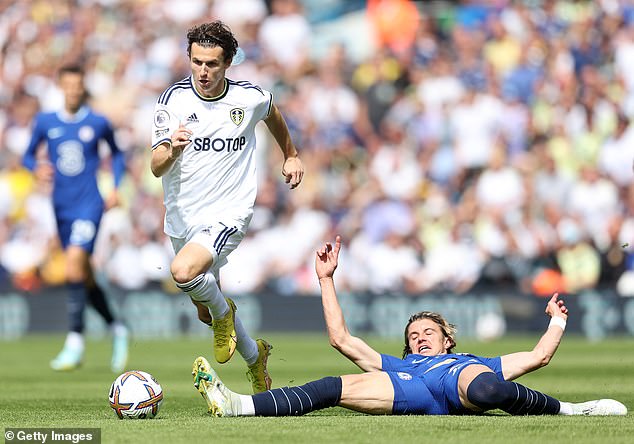 The second most expensive American player in Premier League history, along with Pulisic, who cost $35million more than Aaronson ($65million), were even spotted in conversation along with Aaronson’s teammate and USMNT player Tyler Adams.

The trio had a long talk after Leeds’ 3-0 win at home against the Blues in the third week of the new Premier League season, infuriating some Chelsea fans.

Asked about the nature of the conversation with his compatriots, Aaronson told reporters from the USMNT training camp in Koln, Germany: ‘I’ve been on the golf grind, I have a little bit of a golf bug right now.’

‘I’m lucky because in the area I am, there’s like five golf courses, just different ones, and they’re all over the place too,’ he added. ‘So it’s been fun, I mean, also having Tyler there, it’s been good getting used to the area, being able to get food together.’

Leeds United next face Aston Villa at Elland Road on October 2 after The Whites’ home fixture against Nottingham Forest was postponed due to the death of UK monarch, Queen Elizabeth II, last week.