It’s a truism that the climate is always changing. But those past Southwest megadroughts occurred centuries before humans started pouring carbon emissions into the atmosphere. The politicians, plutocrats, and pundits who spout the climate-is-always-changing defense of inaction depend on an inaccurate understanding of what this has wrought during the industrial age of the past 250 years. The rapidity of what’s now happening is unprecedented in the previous hundreds of thousands of years, possibly longer.

The details of how the situation will play out in the American Southwest is unknown. But many scientists believe the region is undergoing long-term aridification. A few millenniums ago, aridification in the basin lasted for 4,000 years. If we humans don’t get our carbon emissions under control, and very, very soon, the possibility lurks that that distant dry stretch could be short by comparison. But the variables aren’t easy to parse. 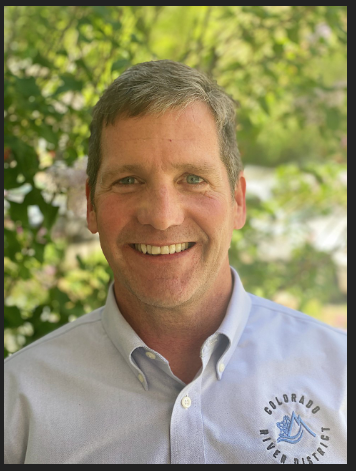 One thing in the past that has aided those who denigrate and even smear climatologists is that, until recently, many changes haven’t been all that visible. That has made it easier to create doubt in the part of the populace where science illiteracy is widespread. These days, that fossil-fuel-industry-funded disinformational effort has become ever more difficult to sustain as floods, droughts, heatwaves, wildfires, and myriad other impacts make headlines on a daily basis.

The dwindling flow of the 1,450-mile-long Colorado River is one of those effects. As a result of a 1922 compact of seven states—Arizona, California, Colorado, Nevada, New Mexico, Utah, and Wyoming—the water was divvied up. But the river flow was at a peak that year. It is currently down 25% over the 100-year average. As a deluge of media stories have reported, worry is growing among those in the know because the river provides water to some 40 million individuals in seven states—farmers, Native tribes and countless still-growing cities, as well as wildlife that was there long before modern humans left Africa. It also is the motive force behind hydropower supplying electricity to about 4.5 million people.

The river flow has dwindled so far that officials have been concerned that Lake Powell and Lake Mead, the nation’s two largest reservoirs, already are at their lowest level since they were dammed many decades ago. Officials are concerned that the levels are so low the Glen Canyon Dam and Hoover Dam might not be able to generate any electricity.

Last week, the Colorado River Water Conservation District held its annual conference on the river’s future in Grand Junction, Colorado. CRWC District General Manager Andy Mueller said Friday, “If we continue in the way we’re operating now, if we don’t reduce our demands, we’re going to really see those reservoirs really hit a crisis. I’m not talking about in 20 years, I’m talking about in the next three or four years. We have a period of time here to change our use.”

In June, the Bureau of Reclamation informed the river compact states that they have to cut 4 million acre-feet of water from their annual 16 million acre-feet allotment. The drought has reduced the Colorado River flow to 12 million acre-feet. An acre-foot equals about 326,000 gallons, enough to cover an acre or about the size of a football field. The average California household consumes between one-half and one acre-foot of water each year for indoor and outdoor use. The states failed to reach agreement on cuts by the mid-August deadline.

Said Mueller, “When we listen to the scientists today, they say plan for a 9 million acre-foot river. That’s incredibly scary because … that’s a huge economic disruption, that’s communities suffering in all the basins.”

Federal officials have tapped the Blue Mesa Reservoir in Colorado and the Flaming Gorge Reservoir in Wyoming in recent years to maintain water levels in Lake Powell high enough to continue generating electricity. At last week’s conference, some of them said this could continue. But Mueller isn’t buying it. “We’ve now drained Blue Mesa, we’re draining Flaming Gorge as we speak, and we have no plans for how we’re going to handle this when those reservoirs are dropped. We can’t keep doing this,” he said.

For the first time ever this year, federal officials declared a Tier 2a water shortage. This requires Arizona, Nevada, and Mexico to reduce the amount of water they draw from Lake Mead starting at the beginning of 2023. Arizona will have to reduce its water withdrawals by 21%, Nevada by 8%, and Mexico by 7%; California, the largest water user on the river, avoided taking any cuts, but they’re coming if the situation worsens.

“The system is approaching a tipping point,” Bureau of Reclamation Commissioner Camille Calimlim Touton said at a press conference. “Without action, we cannot protect the system and the millions of Americans who rely on this critical resource.”

One “fix” being widely used already is pumping fossil water from deep underground aquifers, mostly for agriculture. That presents additional trouble if the aquifers aren’t replenished. The climate crisis makes replenishment dicey. All kinds of other solutions have been proposed, including desalination of seawater and the construction of pipelines to carry water from the eastern United States to the West. Such proposals are both extremely expensive and deeply problematic politically.

If Mueller’s educated speculation turns out to be right, and the megadrought or aridification continue drying out the river, we could see a Great Attrition in the West. Not a great dying, but a reversal of the post-World War II migration that raised the population of the seven Colorado River states from 13.6 million in 1950 to 62.6 million in 2020. But given the other climate-related motivations around the U.S. and the rest of the world to pull up states and move, where will they all go?