Harry Kane leads England’s players to hold a minute’s silence for the Queen before training at St George’s Park, after Gareth Southgate delayed call-ups to allow them to watch the funeral with their families

England players held a minute’s silence ahead of their first training session together since the Queen’s death.

Her Majesty Queen Elizabeth II passed away on September 8, and England manager Gareth Southgate delayed the team’s arrival at their St George’s Park training base, so that players could watch Monday’s funeral with their families.

One day on from the funeral, Harry Kane led his England team-mates in a minute’s silence in memory of the late monarch.

The squad has joined together for the last time before the World Cup gets underway in two months time.

In the next week, England will be looking to avoid relegation from the Nations League, when they face European giants Italy at the San Siro on Friday, before hosting Germany at Wembley next Monday.

Southgate, along with the Football Association, confirmed that tributes will be held before English’s clash with Germany at the national stadium.

A period of silence will be held before kick-off, while players will also wear black armbands during the contest. 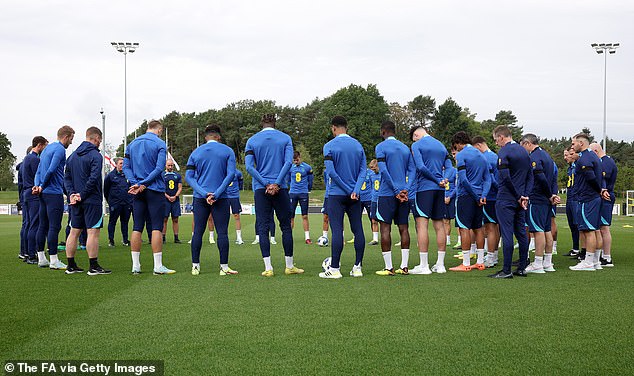 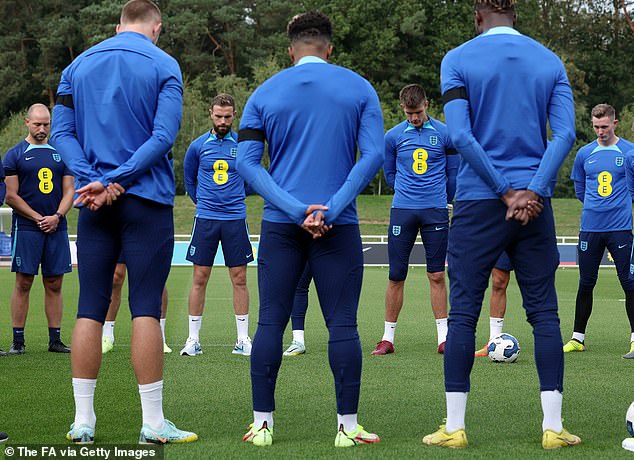 Players joined up for their final camp before the World Cup later than normal, so that they could watch the Queen’s funeral on Monday 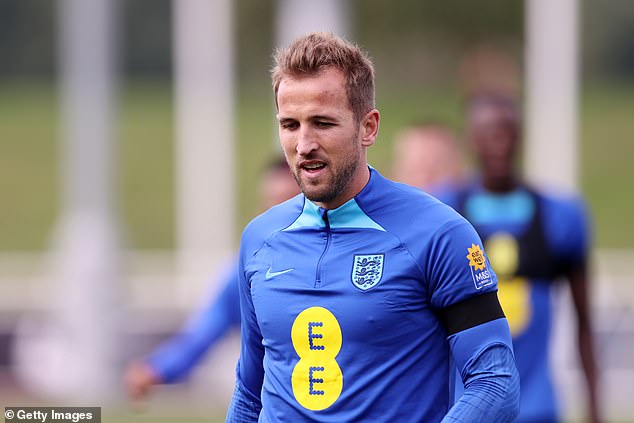 The match against Italy on Friday meanwhile will be the first time that the England national team sings ‘God Save the King’ to honour King Charles III.

Other sporting venues have also shown big screen tributes, pictures and montages of the Queen to pay their respects since her passing at the age of 96.

All games in the weekend after her death were postponed, before football resumed over the past weekend.

Liverpool’s fixture with Chelsea, and Manchester United’s clash with Leeds though were both called off due to the funeral.

England players traditionally arrive at St George’s Park on the Monday after the weekend’s domestic fixtures, but were given extra time to spend the day with their families.

Following the Queen’s passing, England boss Southgate said in a statement: ‘My thoughts today are with His Majesty King Charles III, the FA President HRH The Duke of Cambridge and the Royal Family.

‘In remembering and celebrating the life of Her Majesty The Queen, we are also acknowledging her remarkable leadership and lifetime of dignified service.

‘She showed the world what it is to be British. Her values, her dignity, her resilience were an exemplar to us all and she has provided us with stability and reassurance in the best and also most difficult of times. 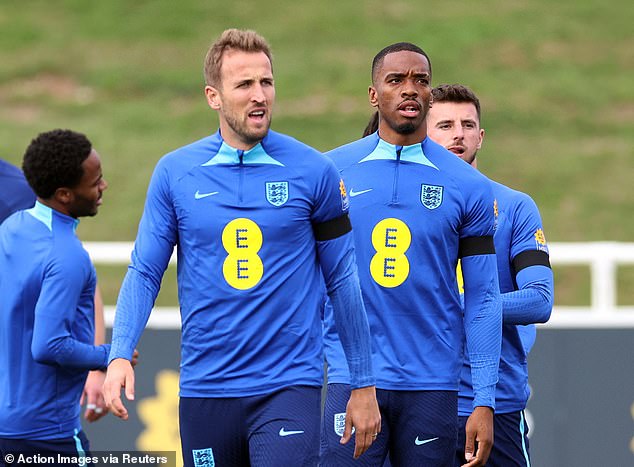 ‘I was proud to have her as our patron and to sing God Save The Queen before every match.

‘The team will have the chance to pay our respects at our fixture with Germany later this month. An occasion that will, of course, bring to mind the World Cup final in 1966 and the moment when Her Majesty handed the Jules Rimet trophy to Bobby Moore.

‘As Wembley and the country falls silent, I will think of that and her 70 years of impeccable duty.’