By refusing to respect election results, GOP candidates show why no one should ever vote for them

As reported by Reid J. Epstein, writing for The New York Times:

When asked, six Trump-backed Republican nominees for governor and the Senate in midterm battlegrounds would not commit to accepting this year’s election results, and another five Republicans ignored or declined to answer a question about embracing the November outcome. All of them, along with many other G.O.P. candidates, have pre-emptively cast doubt on how their states count votes.

These people (according to the Times’ report “Ted Budd in North Carolina, Blake Masters in Arizona, Kelly Tshibaka in Alaska and J.D. Vance in Ohio”) have all indicated they plan to whine and shout like spoiled toddlers if and when they lose their elections, because … reasons. Added to the list, Geoff Diehl, the Republican candidate for governor in Massachusetts, and Tudor Dixon, the GOP’s gubernatorial candidate in Michigan. 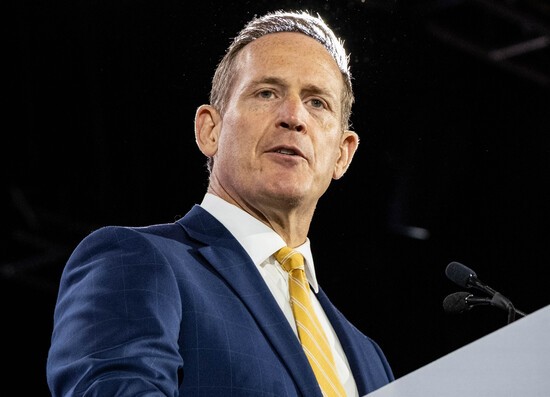 How motivating it must feel for Republican voters to know that if their candidate loses, they’ll start squealing their asses off. But conversely, if they win, they’ll say it was thanks to the fairest election in history! What a way to inspire confidence in their pretensions to represent the interests of their fellow Americans! Just say it’s all rigged, that nothing matters but, hey, vote for me anyway ‘cause when I lose I’ll give you a great show of whining.

Ignoring the cynical, unAmerican and (frankly) grotesque nature of expressing this kind of unmoored conspiracy thinking in a nation where so many have literally laid down their lives to protect the right to vote, one has to wonder whether they have the capacity to understand the contradiction implicit in taking such a position. Honestly, if my candidate said something like that, I’d wonder why I should bother to vote at all. Oh wait … that may have actually happened before, right?

Of course, everyone knows where all this came from: Donald Trump made it acceptable to deny the validity of any election you happen to lose. And Trump, riding the wave of his 34% approval ratings, has turned this novel idea into a real cash cow, bilking plenty of gullible fools out of their money. But these GOP candidates aren’t Donald Trump. They don’t have a built-in fanbase or a lazy media establishment hanging on their every utterance. And crying election fraud for no reason has, for the most part, resulted in exactly zero elections actually being overturned. What it does do is corrode and devalue the very essence of our democracy by telling voters that their votes won’t matter.

But that just shows how little these people care about such things. Do they really expect the majority of voters for the real winning candidate to sit back and calmly accept being disenfranchised, no matter how many election-denying stooges are planted in the halls of the state government? Is that really how they think it would go? 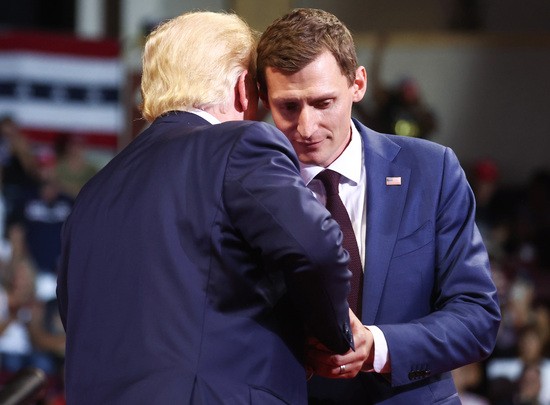 Along with Donald Trump, their point man in all this seems to be that fellow who sells pillows and is apparently under federal investigation for promoting bogus claims of voter fraud. As reported by Brad Reed for Raw Story, Mike Lindell, the “MyPillow Guy,” claims to have a direct line to God when it comes to our elections. Just look, Georgia magically proved him right in 2021!

MyPillow CEO Mike Lindell revealed over the weekend that he was secretly praying for Democrats to win two Senate elections in Georgia in early 2021 on the grounds that it would lend credence to his false claims about the 2020 election being stolen.

The Macon Telegraph reports that Lindell told a crowd of Trump supporters over the weekend that he asked God to help Sens. Raphael Warnock (D-GA) and Jon Ossoff win their races against two incumbent Republicans so that people would take his claims about voter fraud seriously.

So he “prayed” that Democrats would win, just so he could say the election was a fraud? And God answered his prayers by allowing Democrats to win? With those kinds of justifications for his behavior it’s no wonder he’s being sued. Sounds like an easy call for the jury.

But in all seriousness, please proceed, Republicans. Go ahead and reinforce for your voters the idea that their votes don’t matter, that it’s all a massive “conspiracy” against you. Don’t let us simple, ordinary people dissuade you with our boring reason and logic. Just explain to us, again, why your loss was due to “fraud” but everyone else’s result on the same damn ballot was just fine.

And thanks for letting us know about your planned tantrums in advance. It’ll really help us to focus when it comes time to actually count the votes.