Cristiano Ronaldo confirms ambition to play for Portugal at Euro 2024 – when he will be 39!

‘I still feel motivated… my path in the national team is not over’: Cristiano Ronaldo confirms ambition to play for Portugal at Euro 2024 – when he will be 39-years-old!

Cristiano Ronaldo has confirmed his desire to continue playing international football beyond this year’s World Cup and hopes to feature at Euro 2024.

The 37-year-old will captain Portugal in Qatar this winter, which will be his 10th major international tournament.

He has earned 189 senior caps and netted 117 goals – making him the highest scorer in men’s international football history. 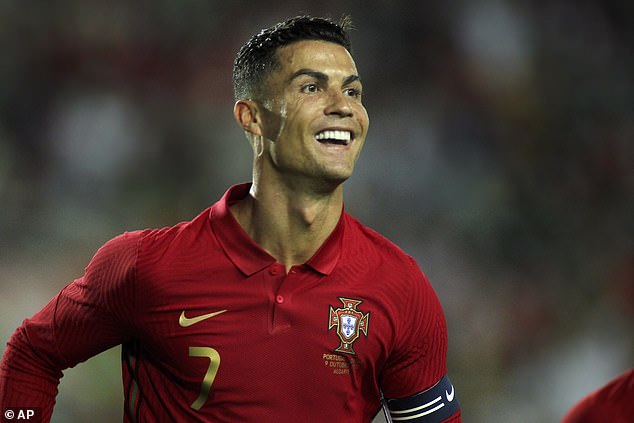 The Portuguese Football Federation held their annual Quinas de Ouro awards ceremony on Tuesday night and Ronaldo picked up an honorary accolade for being his country’s record goal scorer.

In his acceptance speech, the forward insisted that his time with the national team is far from finished.

‘I hope to be a part of the Federation for a few more years,’ Ronaldo said. ‘I still feel motivated, my ambition is high. My path in the national team is not over. We have many quality youngsters. I will be at the World Cup and I want to be at the European.’ 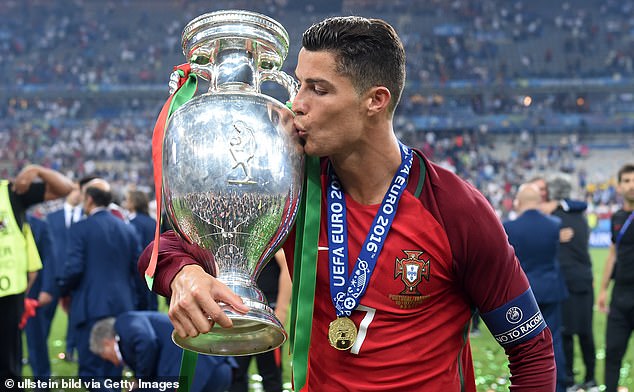 ‘I am proud to receive an award of this magnitude. I never thought that one day I could achieve it. I thank everyone who was important in my career. It has been a long road, but I would like to say that my road is not over yet.’

Ronaldo will be 39 years old by the time Euro 2024 takes place in Germany. Qualifying begins in March 2023.

The forward scored three goals as Portugal won the European Championships in 2016, but was famously substituted just 25 minutes into the final as he suffered an injury. 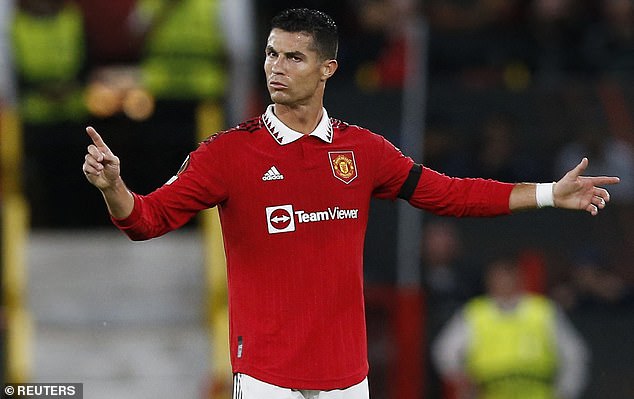 He will equal the record for the most World Cup finals appeared in when he features in Qatar. Portugal take on Ghana, Uruguay and South Korea in Group H.

It has been a tricky season at club level for Ronaldo after he failed to force through a move away from Manchester United in the summer.

New manager Erik ten Hag has only started the 37-year-old once in the Premier League and he only scored his first goal of the campaign from the penalty spot against Sheriff Tiraspol in the Europa League last week.