Power drinker, football club owner, takeover specialist: The shutters are coming down on the ‘maverick’ boardroom career of one of the High Street’s most colourful figures.

Mike Ashley has revealed that he will next month step down as a director of Frasers Group, the sprawling retail empire he started with a single shop four decades ago.

Ashley still owns 69 per cent of Frasers. And his son-in-law Michael Murray is the chief executive. 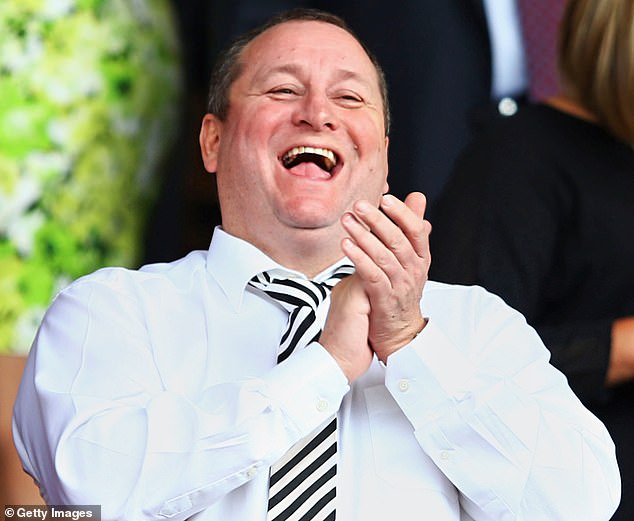 Mike Ashley (pictured) has revealed that he will next month step down as a director of Frasers Group, the sprawling retail empire he started with a single shop four decades ago.

Yet the announcement that he will not seek re-election to the board at this month’s annual general meeting has been seen as ‘seismic’.

The City has not always been well disposed to Ashley, who first marched his sportswear firm into the FTSE 100 nine years ago.

But shares dipped on the news of his departure – down 1.2 per cent, or 9p, to 777p. ‘I feel very confident passing the baton to Michael and his team,’ said Ashley, who will remain available to the board as an adviser. ‘I look forward to helping the team. My commitment and support as a Frasers’ shareholder is as strong as ever.’

That commitment was demonstrated with a £100million loan by Ashley to the company.

It remains to be seen just how significant his stepping aside really is.

Murray has officially been chief executive since May.

Yet the company’s moves since then – taking over fashion website Missguided and attempts to buy Australian site MySale and, reportedly, upmarket tailor Gieves & Hawkes – looked like classic Ashley.

In past years, when Ashley held the role of executive deputy chairman, few doubted that it was he who was really in charge.

This time looks different though, according to the veteran retail analyst Richard Hyman, who said the latest announcement seemed to formalise Ashley’s separation from day to day involvement.

‘It marks a clear change in a way that previous announcements didn’t entirely,’ Hyman said. Yet for the biggest decisions Ashley would ‘definitely be involved because he is still the overwhelmingly dominant shareholder’, he added.

‘His son-in-law would be mad to not seek his counsel – and Ashley isn’t the sort of bloke who totally gives up the steering wheel,’ Hyman said.

Ashley started the business in Maidenhead in 1982 and after a rapid expansion to more than 400 stores it was floated on the stock exchange as Sports Direct with a valuation of more than £2bn in 2007.

The company first joined the FTSE 100 index in 2013, later falling into the FTSE 250 after a tumble in its value before returning to the top-flight this month under the Frasers banner.

Its success was built on what has been described as a ‘pile them high, sell them cheap’ approach to retail though Murray’s promotion as chief executive has signalled an attempt to focus on an upmarket ‘elevation’ strategy.

Keeping it in the family

Eyebrows were raised when former club promoter Michael Murray was named as Sports Direct’s ‘head of elevation’ in 2019.

In May this year he became chief executive, succeeding majority shareholder Mike Ashley. Murray happened to be the partner of Ashley’s daughter Anna.

The couple, who met in Mallorca in 2011, married in the same month as his promotion, at a lavish ceremony at Blenheim Palace. 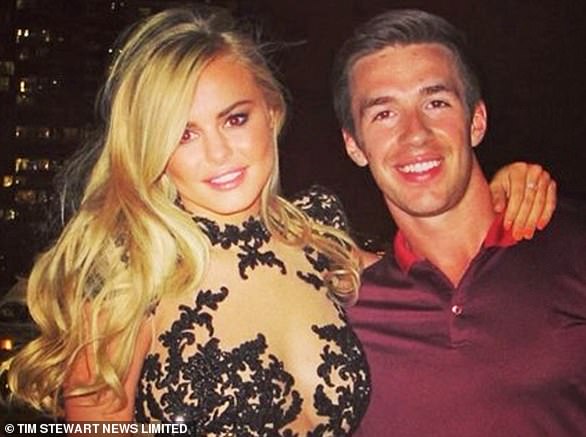 Aged just 32, Murray has played a key role in the tycoon’s attempt to drag his retail empire upmarket, with its high-end Flannels stores seen as the future.

The company revealed last year that he will be paid a basic salary of £1million as chief executive and could earn a bonus of £100million if he succeeds in lifting its share price to £15 – for 30 consecutive days – by October 2025.

That is around twice their current value. Murray has already been paid more than £20millio in consultancy fees by Frasers before taking over, through his property firm MM Prop.

Earlier this year Murray, son of a Doncaster property developer, told the BBC Ashley was ‘not pulling the strings’.

Ashley has aggressively taken on rivals over the years.

‘I’ll finish off JJB first and, then I’ll move on to JD,’ he said in 2011. JJB went bust in 2012 while JD Sports is going strong – but its executive chairman Peter Cowgill was ousted earlier this year. Meanwhile there have been a succession of takeovers of struggling brands.

Most notable was the £90million deal four years ago to buy House of Fraser, the department store which dates back to 1849 and now gives its name to Ashley’s overarching retail group.

Evans Cycles, Sofa.com and Jack Wills are among the others his company has swallowed up.

But a £180million bet on Debenhams went south when that department chain went bust –wiping out Ashley’s stake and prompting him to launch legal action.

Another legal entanglement – with an investment banker over an alleged business pact at a London pub – was more notable for shedding light on Ashley’s lifestyle.

The tycoon told the High Court: ‘I like to get drunk. I am a power drinker.’ The court also heard that he once hosted a management meeting when he drank 12 pints and vomited into a fireplace.

Elsewhere there has been criticism over the use of zero-hours contracts for Sports Direct’s warehouse workers and claims that it operated Victorian workhouse conditions.

Fans of Newcastle United, the Premier League side Ashley bought in 2007, have few kind words to say about the tycoon.

They soon turned against him and after protracted attempts to sell the club it was offloaded to a Saudi-led consortium last year.

The business world may look more kindly on Ashley’s record.

‘He’s created this business from nothing,’ said Hyman.

He added: ‘While he may not have always played the game in the way the City might like he has actually created fantastic returns for the majority of investors.’