Ex-Hawthorn coach Alastair Clarkson was part of a group of senior staff that allegedly told an Indigenous player to pressure his partner into terminating her pregnancy and went to great lengths to separate First Nations stars from their loved ones, a review commissioned by the club will reveal.

Staff involved in the allegations also include Clarkson’s his former assistant Chris Fagan, now the coach of the Brisbane Lions, according to a report by the ABC.

The report claims the incidents that will be revealed in the review occurred during the club’s golden run of success under Clarkson, when they won the 2008 grand final and three straight premierships from 2013-2015. 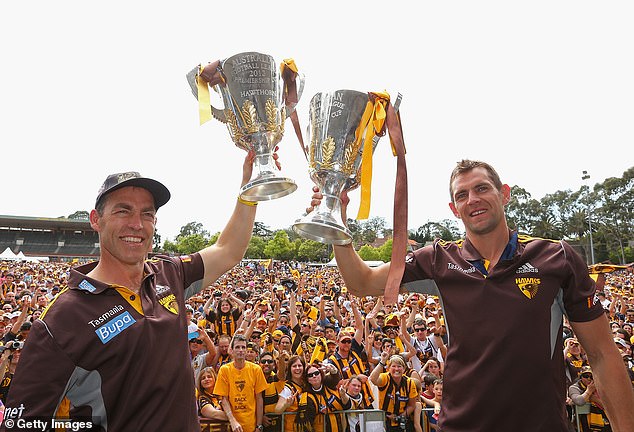 Clarkson (pictured with Luke Hodge celebrating Hawthorn’s 2014 premiership win) is alleged to have been part of a group of senior coaches that told an Indigenous player to get his partner to abort their child, and break up with her 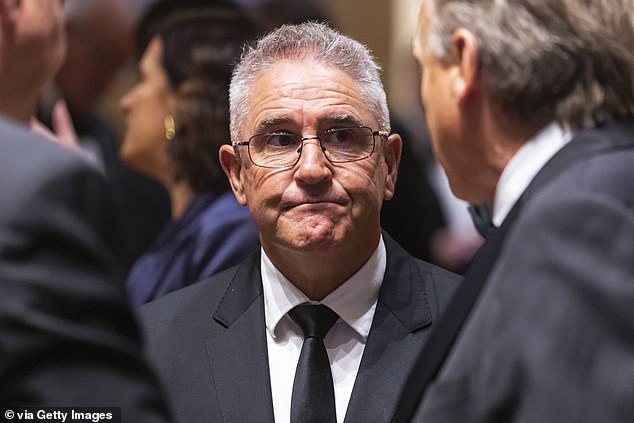 The most damning allegation in the report is that a player who was ‘delighted’ with news of his partner’s pregnancy was urged to tell her to abort the child and break up with her by a group of coaches including Clarkson and Fagan.

‘Clarkson just leaned over me and demanded that I needed to get rid of my unborn child and partner,’ claimed the player, who is named only as ‘Ian’ in the report.

It’s alleged Ian’s partner Amy was left in a state of deep shock when she heard the news.

‘He could barely get the words out and he seemed to be crying, and he quickly said that we needed to terminate the pregnancy and end the relationship,’ she said in the report.

Amy further claimed the club cut her off from Ian – leaving her unable to call or text him – for the first five months of her pregnancy, which impacted his mental health. 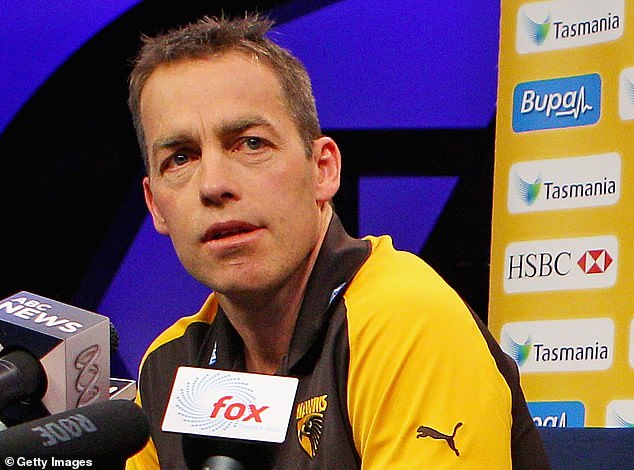 ‘I will never forget that phone call or the heartbreak I felt in that moment. I was frozen on the spot, completely numb from what I had just heard Ian say.’

Amy claimed that when the couple fell pregnant again six months after the birth of their first child together, she felt like she had to abort the baby due to pressure from the club and her desire not to ‘lose Ian again’.

She went through with the termination and hasn’t been able to forgive herself since.

‘This is a sacred thing, the bond between mother and a child, and Hawthorn wiped their feet all over that,’ she said.

‘Hawthorn says it’s the family club, yet they tore ours apart.’

The Hawks also allegedly pressured other couples to separate early on in their pregnancies or soon after their children were born, the report claims, with two of those families given assistance with mental health support from the AFL Players’ Association.

It’s also claimed that the Hawks allegedly bullied First Nations players into choosing between their football careers and their families, and forced them to leave their homes so they could be relocated. 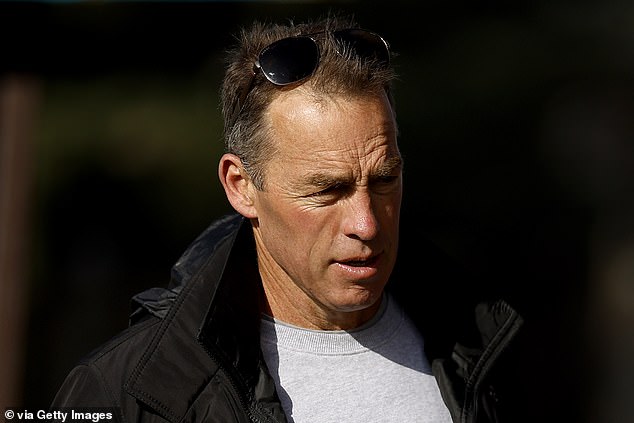 The incredible run of success Clarkson (pictured earlier this month) had with Hawthorn occurred as the club was bullying Indigenous players into breaking ties with their loved ones to concentrate solely on footy, it’s been alleged

It’s alleged coaches pressured at least two young players to remove SIM cards from their phones in order to cut them off from their loved ones and force them to devote themselves entirely to the team.

‘The experiences outlined in the document are extremely serious and require further and full examination,’ the league said in a statement on Wednesday.

‘The AFL is finalising a process to investigate the allegations and has sought further details of those who shared their experiences in order to progress its investigation.’

The review was given to Hawthorn management two weeks ago and the club released the following statement on Wednesday morning.

‘Earlier this year the Hawthorn Football Club engaged external First Nations consultants to liaise with current and former First Nations players and staff to learn more about their experience at the club. 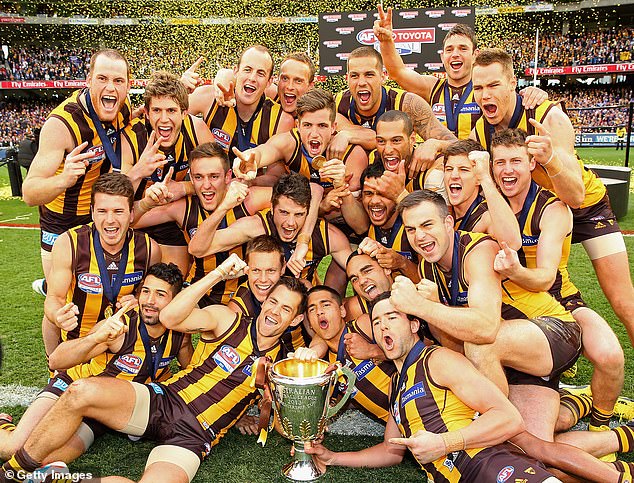 Hawks players celebrate their 2013 grand final win – the team’s second under Clarkson. Daily Mail Australia does not claim any of the players pictured in the photo are in any way involved in the allegations uncovered by the club’s external review

‘This important work has raised disturbing historical allegations that require further investigation. Upon learning of these allegations, the club immediately engaged AFL Integrity as is appropriate.

‘The club will continue to provide support to those who have participated in this process, and their wellbeing remains our priority.

‘While the process indicated the current environment at the club is culturally safe, it also recommended that some of the club’s current First Nations training and development programs should continue to be strengthened.

‘The club places the best interests and welfare of our players and staff as our number one priority.

‘Given the matters raised are confidential, the club will not provide any further comment at this time.’