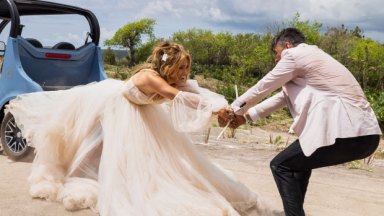 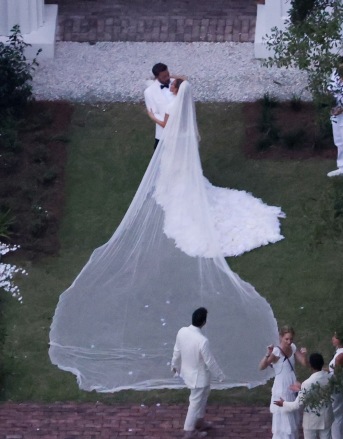 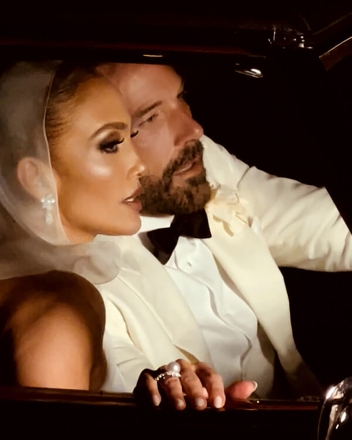 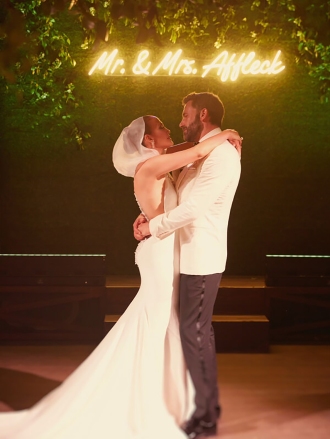 Jennifer Lopez, 53, plays a bride once again in her new romantic comedy Shotgun Wedding, which comes out January 27, 2023 on Prime Video. The first photos from the film directed by Jason Moore that were released on Wednesday (Sept. 21) show Jennifer and Josh Duhamel, 49, facing major issues at their destination wedding. They play Darcy and Tom, respectively, who have to rescue their families taken hostage just as they were about to call off the wedding. 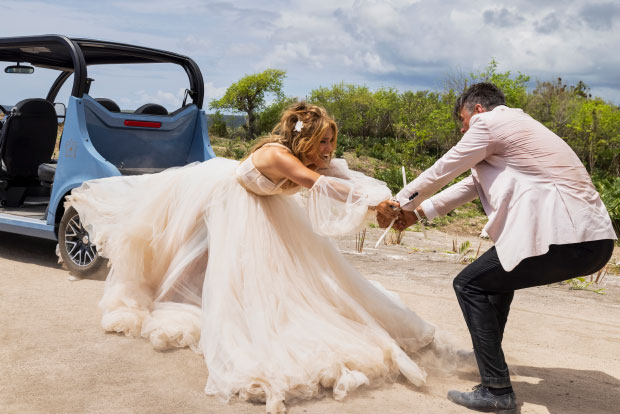 In one photo from the film, Jennifer is dressed in a gorgeous bridal gown that’s been caught in the tire of a car. She grabs Josh’s hands as he tries pulling her, which probably won’t end well for the dress! in another photo. In a different photo taken during much happier times, Jennifer wears a white crop top and pink short shorts as she sexily cozies up to Josh. 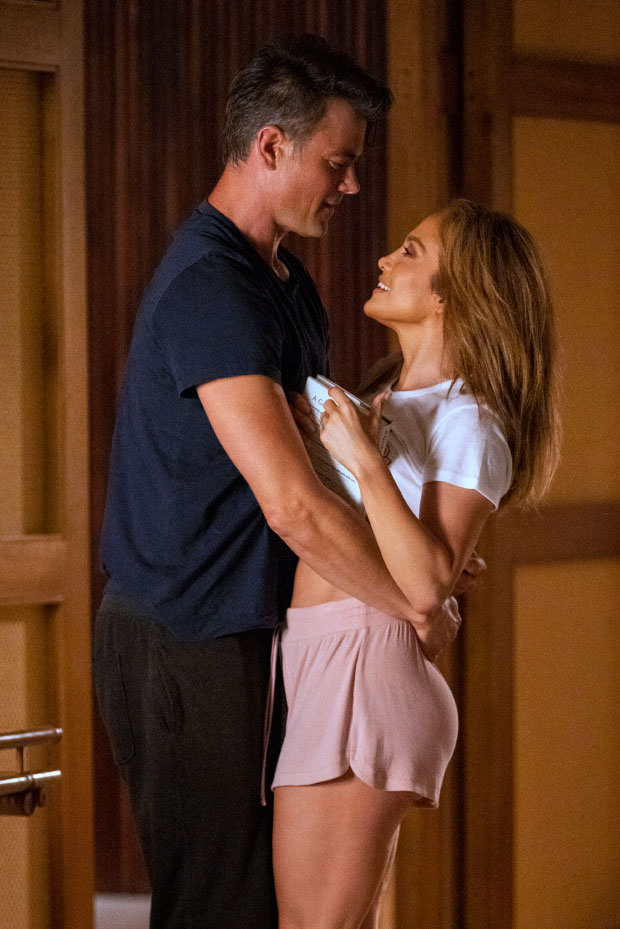 We also get glimpses at Jennifer Coolidge, Lenny Kravitz, D’Arcy Carden, and Cheech Marin who all star in the film from the rest of the photos. Jennifer, who just won an Emmy Award for The White Lotus, has hair rollers in her head. D’Arcy and Cheech are seated at the dinner table. And finally Lenny appears to be standing up to the people who have taken all the wedding guests, including himself, hostage. 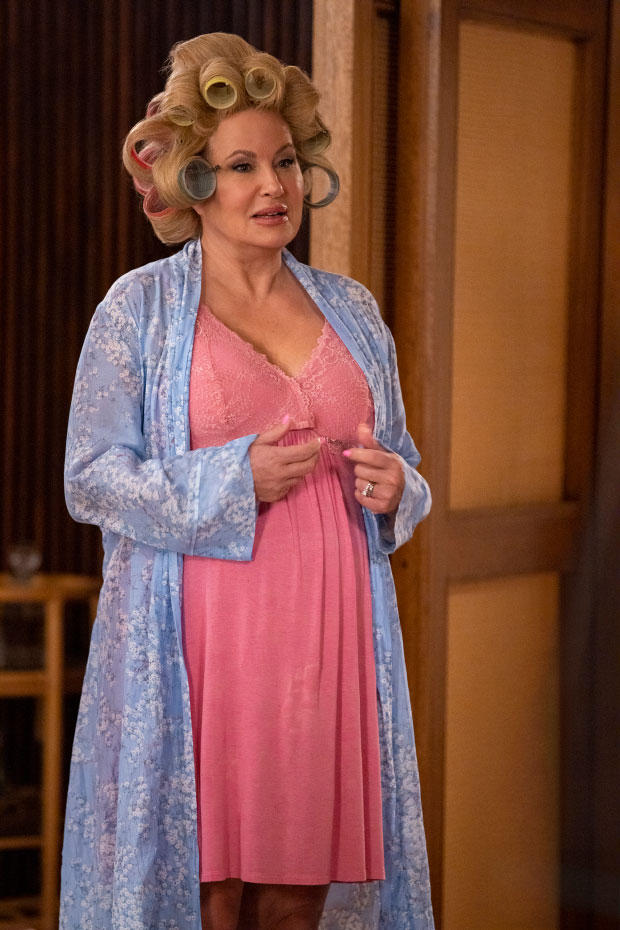 The official longline for Shotgun Wedding was also released on Wednesday alongside the movie stills. “In Shotgun Wedding, Darcy (Jennifer Lopez) and Tom (Josh Duhamel) gather their lovable but very opinionated families for the ultimate destination wedding, just as the couple begin to get cold feet. And if that wasn’t enough of a threat to the celebration, suddenly everyone’s lives are in danger when the entire party is taken hostage. ‘Til Death Do Us Part’ takes on a whole new meaning in this hilarious, adrenaline-fueled adventure as Darcy and Tom must save their loved ones—if they don’t kill each other first,” the film’s description reads. 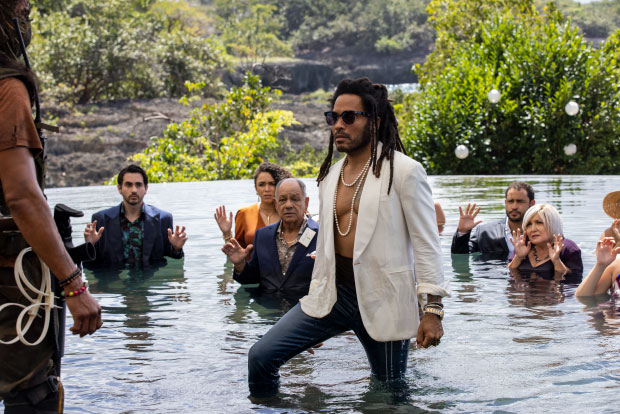 Shotgun Wedding filmed from February 2021 to April 2021 in the Dominican Republic. Armie Hammer was initially cast as the male lead, before he dropped out over the allegations of sexual abuse against him. Josh replaced Armie one month before shooting began. 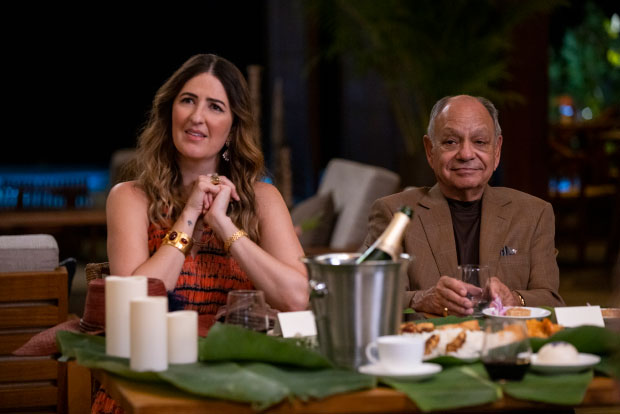 It was during filming on Shotgun Wedding that Jennifer called off her engagement to fiance Alex Rodriguez. The “Let’s Get Loud” hitmaker and the former pro baseball player were together for four years before they broke up. Jennifer got back together with her ex Ben Affleck shortly after. They got married in Las Vegas in July 2022, followed by a three-day wedding celebration at Ben’s Georgia estate the following month.

Diddy’s Girlfriend History: From J.Lo To Kim Porter To Cassie To Now