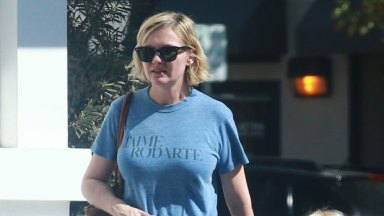 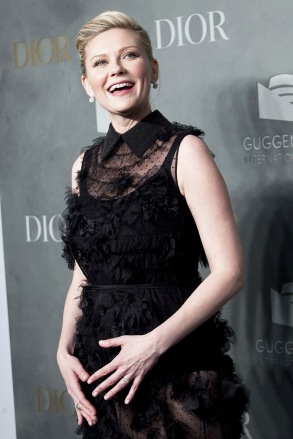 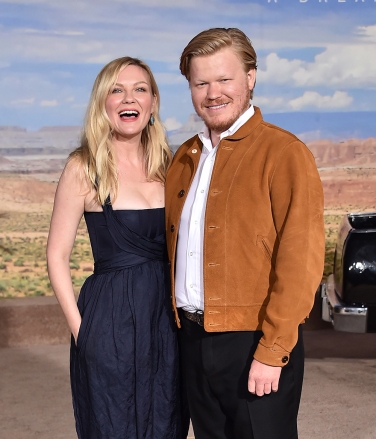 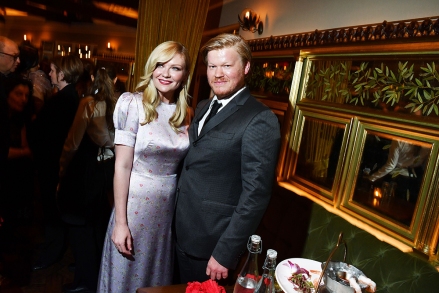 Kirsten Dunst, 40, and her husband Jesse Plemons, 34, are a famously private couple. So their rare sighting alongside their four year old son, Ennis, on Tuesday was a treat for onlookers. In photos, the Spider-Man actress rocked a casual blue “J’aime Rodarte” tee shirt, relaxed jeans, and yellow slide sandals as she held hands with little Ennis. She wore her famous, short blonde locks down. Her eldest child wore a green tee shirt reading “One Love Jamaica” — perhaps a nod to his parents’ reported wedding at the GoldenEye Resort in Ocho Rios in early July. 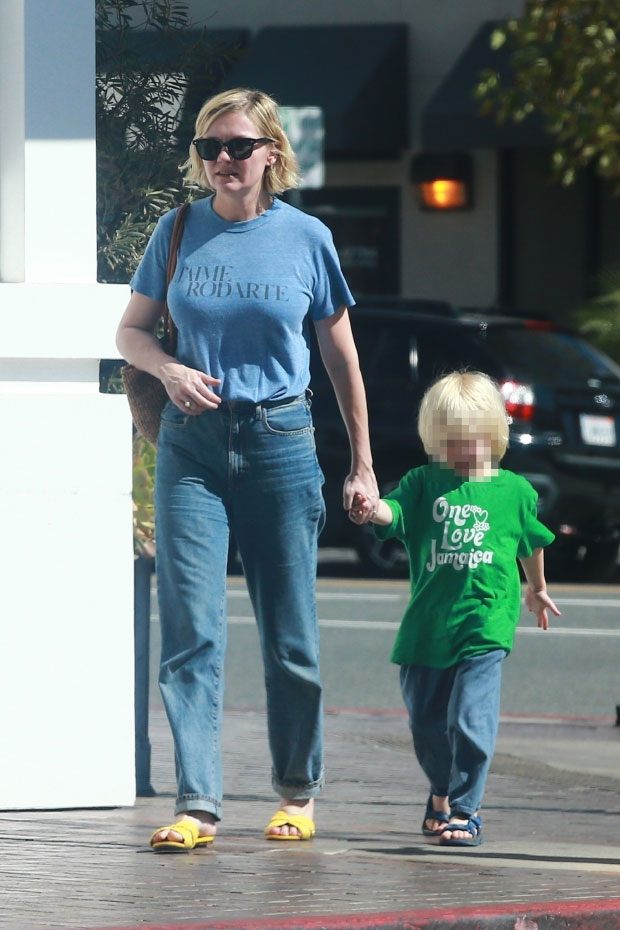 In a separate photo, Kirsten’s The Power of the Dog co-star and hubby was seen wearing a green tee shirt and brown shorts, paired with socks and sandals. He carried a bag and a water bottle outside the Toluca Lake, California restaurant. And though he didn’t appear to join them for the Tuesday, September 20 outing, they have a second son, one year old James.

Kirsten and Jesse originally met on the set of their FX series Fargo, in which they played married couple Peggy and Ed Blumquist, and got engaged back in 2017. It would be July of 2022 before they were married, with Kirsten’s rep telling HollywoodLife in a statement, “I can confirm they are married. No other details will be shared.” 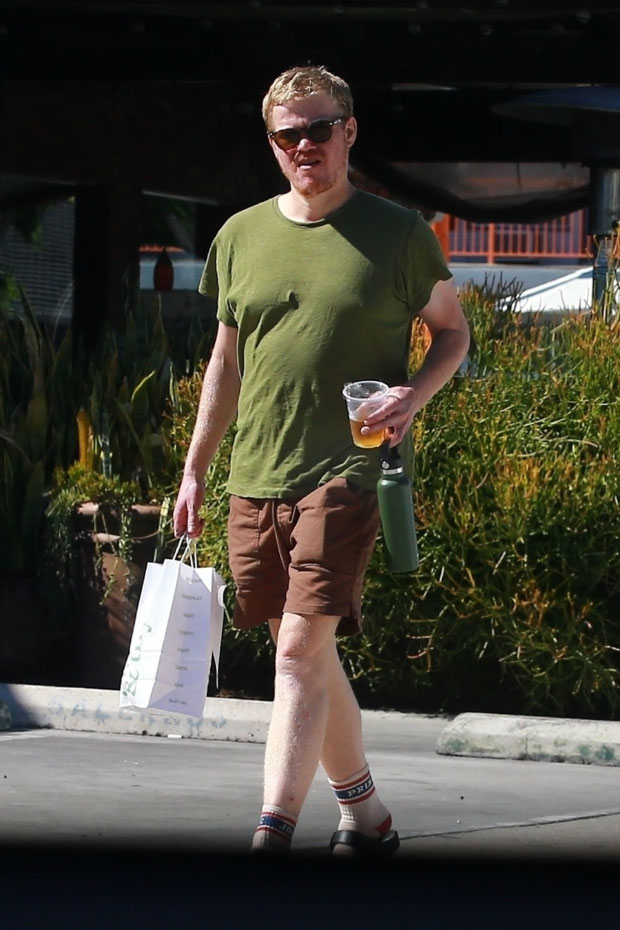 But prior to their marriage, they busied themselves creating their family, welcoming their two sons for a complete family. And Jesse didn’t ever see that it would be any other way. “I knew that she would be in my life for a long time,” he told The New York Times in a September 2017 interview, reflecting on getting to know her.

Kirsten apparently felt the same, telling The Los Angeles Times in 2021 that, “one of my best friends told me that I said to her that ‘I will know this man for the rest of my life. I just know it.’ Just because I felt such an immediate connection.”