Lea Michele says she has come a long way since her days on “Glee.”

The Broadway star sat down with Drew Barrymore on Wednesday to talk about how getting married and becoming a mother has changed her perspective in life — especially after being called out for her rude behavior two years prior.

“I just couldn’t see things clearly,” Michele, 36, said on Wednesday’s episode of “The Drew Barrymore Show.” “It was all about my career, you know, I had been so career-focused my entire life. I think to a fault. I think that I had just this sense of drive that created a lot of blind spots for me in my life.”

The actress — who is now starring as Fanny Brice in Broadway’s “Funny Girl” — suddenly found herself at the center of controversy in June 2020 after many of her former “Glee” castmates accused her of being “unpleasant to work with.”

Actress Samantha Ware was the first person to call out Michele’s behavior on Twitter, saying the star perpetuated “traumatic microaggressions” and made her time on the show, which ran from 2009 to 2015, a “living hell.”

The actress and husband Zandy Reich were expecting their now two-year-old son, Ever, at the same time that the allegations of her on-set harassment came out.

“Then when I met my husband, it was a real sense of grounding for me, and then having our son and experiencing the challenges that we did throughout the pregnancy was something that, unfortunately, created a stronger bond in us that I would never wish upon anybody, but it did.”

The “Scream Queens” star went on to say her relationship with Reich — whom she married in 2019 — helped “transform” her life and she learned to appreciate the “great opportunity” she has been given with “Funny Girl.” 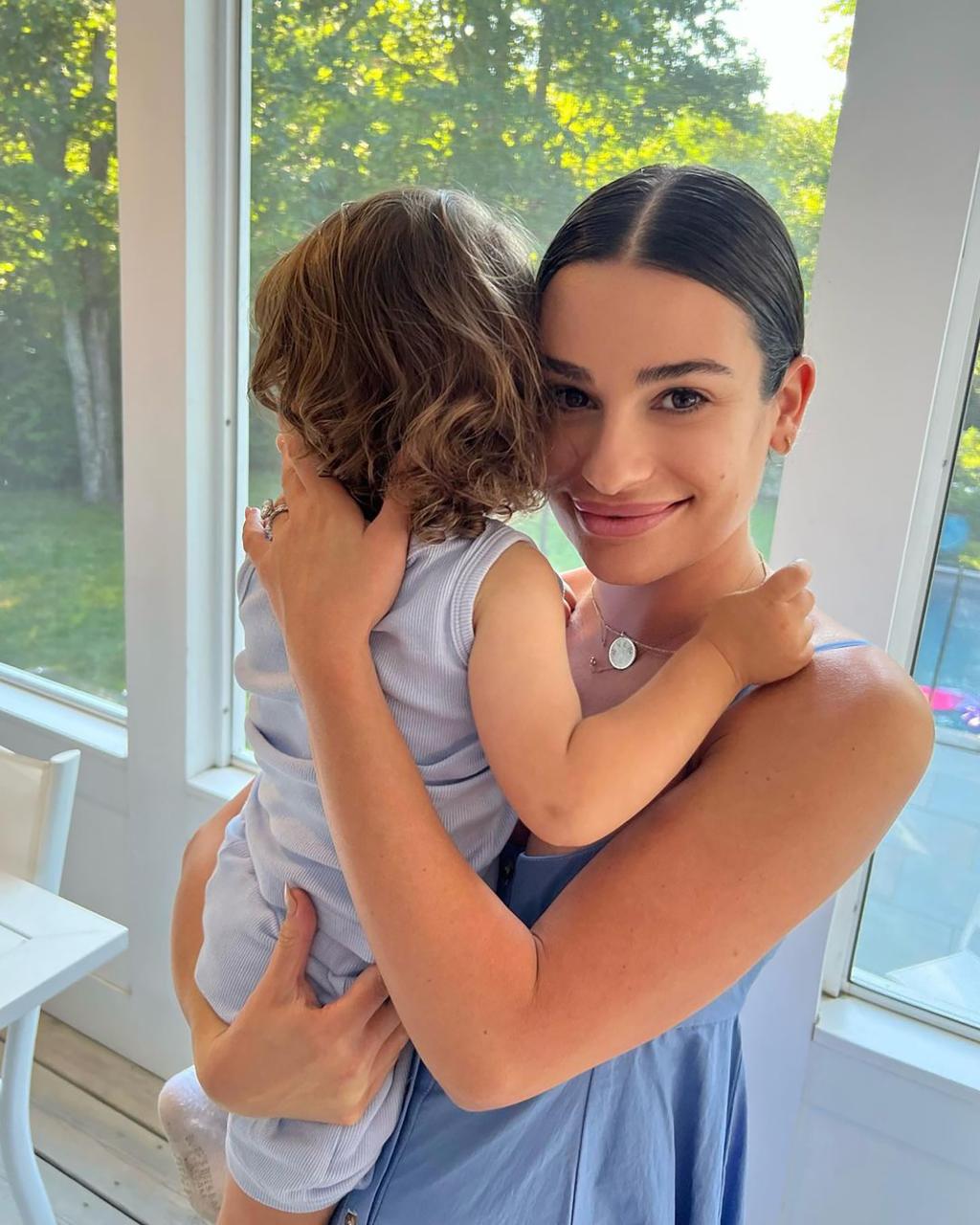 The actress and Zandy Reich share one son, Ever. 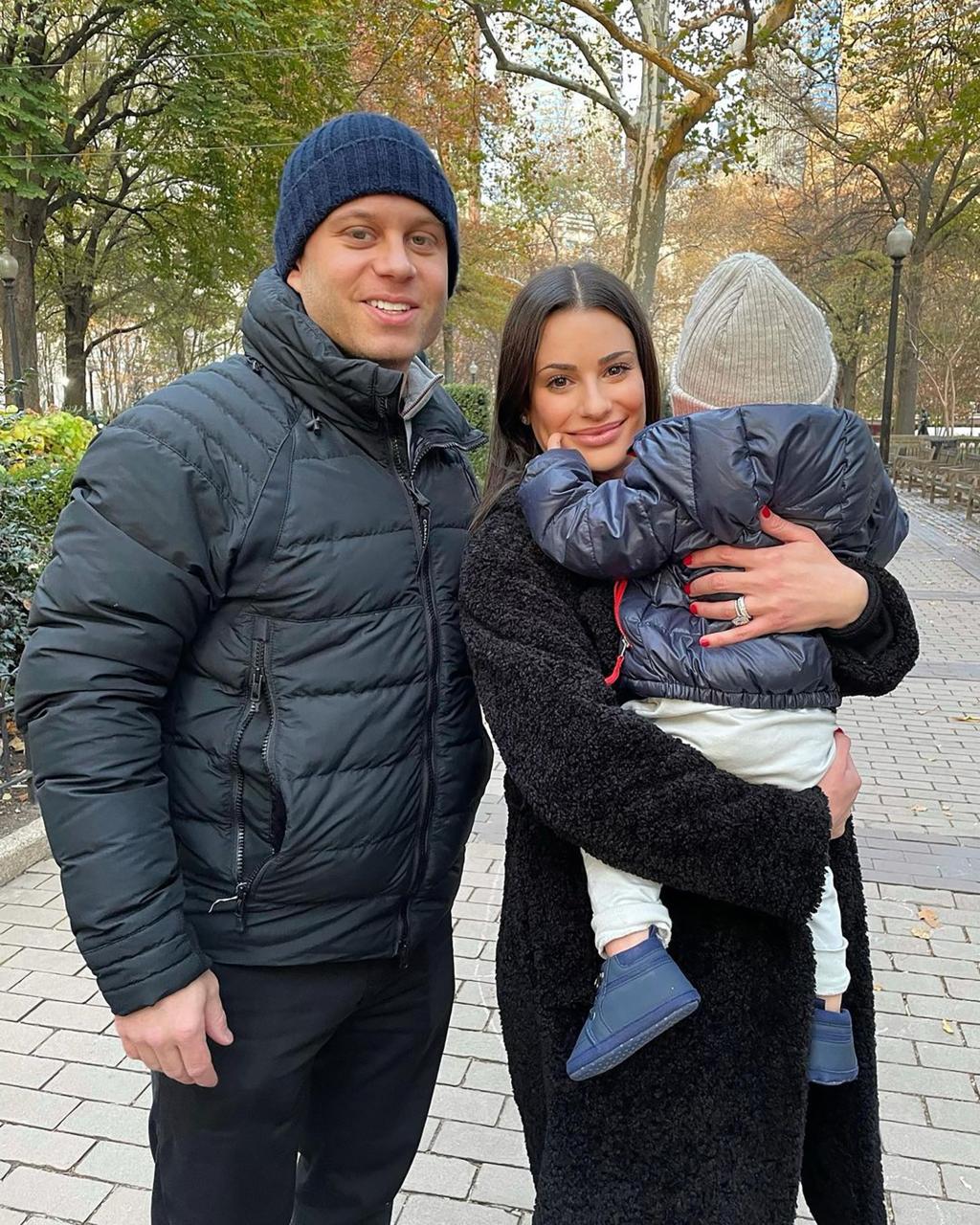 The actress and Zandy Reich share one son, Ever.

“I don’t even know what the current variant is,” Meyers…

“As a performer — as a person — I just feel like what I do now with this is on me and how I handle this. I’m really ready to take all of this on and do a great show every night but also have fun with my cast, come home and celebrate with my family, which is something I never did before.”

She continued, “I’m really enjoying being able to open my eyes to everything that’s going on around me because it’s all good and if it’s not fun, then why do we do it?”

Michele apologized for her behavior back in June 2020 when the accusations came out, saying, “I am a couple of months from becoming a mother and I know I need to keep working to better myself and take responsibility for my actions so that I can be a real role model for my child and so I can pass along my lessons and mistakes so that they can learn from me.”

It turns out that Michele has kept her promise as insiders told Page Six the former diva has been going out of her way to be extra sweet behind the scenes of her latest Broadway venture.

The couple got married in 2019. leamichele/Instagram

“She’s being so nice, she makes Julie Andrews look like a bitch,” a source told us.

While another added that “she is being soooo nice, it’s crazy. She knows everyone’s name and their birthdays.”