By Angharad Carrick For This Is Money

Link Group faces a £50million fine from the Financial Conduct Authority for its handling of the Woodford Equity Income fund.

It comes just a week after the regulator confirmed Link could have to pay up to £306million in redress to investors of the fund, which collapsed in 2019.

Woodford’s fund had been one of the most popular among savers with recommendations from investment platforms like Hargreaves Lansdown helping it to grow to more than £10billion at its very peak. 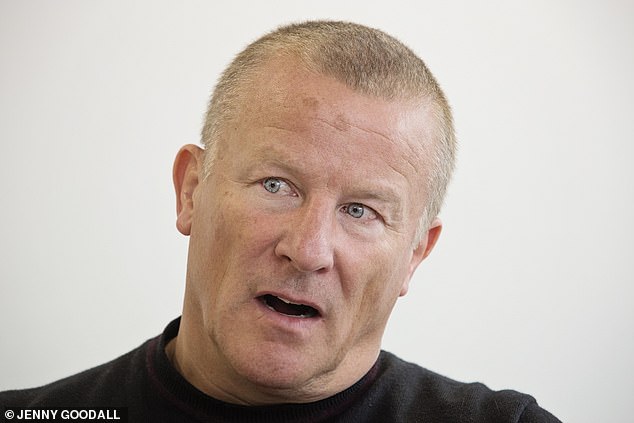 The FCA may impose a £50m fee on top of the £306m redress on Link, the company responsible for supervising Neil Woodford’s funds

Thousands of customers were left out of pocket when Link Group – the company responsible for overseeing Neil Woodford’s fund – decided to suspend and eventually close the £3.7billion Equity Income Fund in 2019 after a run of poor performance and investor withdrawals.

The regulator today issued Link Fund Solutions with a draft Warning Notice and has given the group the opportunity to respond in the next 14 days.

It gives Link the opportunity to resolve the case by agreement, after which it will be able to challenge the FCA’s findings at the Regulatory Decisions Committee and Upper Tribunal.

Today the FCA said: ‘The FCA’s priority is to protect consumers and the integrity of the UK financial system. With the investigation into LFS complete, it is right to progress it by issuing a draft Warning Notice.’

‘The FCA is focused on ensuring that the right funding is in place so affected consumers are able to access as much redress as possible.’

The proposed fine is in addition to the £306million redress fee which is likely to be imposed due to the ‘failings in managing the liquidity of WEIF’.

The FCA emphasised that the notification is not a final decision and Link will have the opportunity to respond and challenge the findings.

Further investigations are continuing with the regulator noting multiple parties remain under investigation ‘and they will will consider any further failings which may have negatively impacted investors’.

The proposed fine, alongside the redress announced last week, will be welcome news for savers who have been waiting three years for answers.

Ryan Hughes, head of investment partnerships at AJ Bell said: ‘With this news coming so soon after the potential £306m redress announcement, investors impacted by the Woodford Equity Income fund saga will be increasingly hopeful that this sorry episode is getting closer to completion.

‘After three long years, investors have waited patiently for the FCA to unearth what went wrong and hopefully put in place some form of compensation for investors. It now seems like they might finally be getting somewhere.’

As Link grapples with the fallout from the Woodford episode, it is facing a takeover bid from Canadian software company, Dye & Durham.

Last week D&D said it had received a warning from the FCA, stating it would not approve the takeover unless D&D promised to cover any ‘restitution and/or redress payments’ which Link was ordered to pay.