Yves is wrapped around the axle on estate matters, along with posting on Putin’s partial mobilization speech, and asks me to tell you that this year’s fundraiser is now over — although, for extreme procrastinators, the Tip Jar is still to your right — and to think you for the contributions that alone make Naked Capitalism possible. Yves will express her thanks more gracefully and completely at a less fraught time. –lambert

Lambert and I, and many readers, agree that Ukraine has prompted the worst informational environment ever. We hope readers will collaborate in mitigating the fog of war — both real fog and stage fog — in comments. None of us need more cheerleading and link-free repetition of memes; there are platforms for that. Low-value, link-free pom pom-wavers will be summarily whacked.

And for those who are new here, this is not a mere polite request. We have written site Policies and those who comment have accepted those terms. To prevent having to resort to the nuclear option of shutting comments down entirely until more sanity prevails, as we did during the 2015 Greek bailout negotiations and shortly after the 2020 election, we are going to be ruthless about moderating and blacklisting offenders.

Please do not write us to ask why a comment has not appeared. We do not have the bandwidth to investigate and reply. Using the comments section to complain about moderation decisions/tripwires earns that commenter troll points. Please don’t do it. Those comments will also be removed if we encounter them.

How Do Fireflies Flash in Sync? Studies Suggest a New Answer Quanta. Interesting! This photo is so beautiful I must run it:

The US Is Measuring Extreme Heat Wrong Wired

Meanwhile, at the World Bank:

🌎🔥 Today I asked World Bank president @DavidMalpassWBG if he believed in the scientific consensus that the man made burning of fossil fuels is rapidly and dangerously warming the planet.

Here’s a thread about the remarkable exchange. 🧵 1/ pic.twitter.com/t0nQheybzi

Three myths about COVID-19 — and the biggest challenge that lies ahead ABC. “As an immunologist with four decades of research on antibodies under my belt, I always felt like I had a pretty good handle on COVID-19. But when I caught the virus in May, my hubris quickly turned into humility.” Well worth a read.

The End of Kleptocracy in Malaysia? Center for International and Stategic Studies

How Israeli media reported a ‘lynching’ that never happened +972

And now our queue is ended:

i’ve been taking some notes pic.twitter.com/AHRF8OO8zf

Szijjarto: Brussels position on Ukraine war not shared by most countries The Budapest Times

New Not So Cold War

Ukraine Live Updates: Putin Calls Up More Troops as His War Effort Falters NYT. I’m not seeing the level of aghastitude and hysteria I’d expect from the announcement of a Russian mobilization, even a partial one. Perhaps the press and the intelligence community — sorry for the redundancy — were wrong-footed in some way?

Putin calls up 300,000 reservists, makes nuclear threat Politico. The headline is deceptive; “all resources at our disposal” includes hypersonic weapons, which are not nuclear.

Vladimir Putin Mobilises More Troops for Ukraine, Says West Wants to Destroy Russia The Wire and Putin Escalates Ukraine War; Announces Partial Mobilization Before Pro-Russia Referendums Republic World. “This story is auto-generated from a syndicated feed; only the image & headline may have been reworked by www.republicworld.com.” Hmm.

On The Upcoming Putin Speech And Announcements Moon of Alabama. Pre-speech, but some interesting speculations.

Biden declared the pandemic ‘over.’ His Covid team says it’s more complicated. Politico. “When the White House reviewed a transcript of [Biden’s] comments after the interview, which was taped earlier in the week, it did not alert its Covid team — leaving the administration without a coordinated response for the immediate aftermath.” West Wing Brain Fog?

See also  Jussie Smollett roasted for BET Awards appearance: 'Who let him in?'

Khan: “There has been a problem of companies taking FTC orders as suggestions.”

The United Healthcare-Change merger trial is little noticed, but it’s critical to block it to protect independent pharmacies and rural health. Matt Seiler of the National Community Pharmacists Association and I wrote this piece on the threat. https://t.co/c7mnO2Uu4a

Big Brother Is Watching You

MTA to install 2 surveillance cameras on every subway car Gothamist

Toward a Phenomenology of the U.S. Alliance System: Boon or a Scourge on America’s National Interest? Institute for Peace and Diplomacy

US is becoming a ‘developing country’ on global rankings that measure democracy, inequality The Conversation

Deal averting railroad strike has potential to fall apart The HIll. Since there’s no contract, there’s nothing to vote on, hence no “deal.” Clearly, the Democrats, union administrators at the national level, and the railroads deem done a backroom deal between elite players, erasing the role of workers entirely, but that’s not how it works, even today.

GEICO Tells Workers They Have ‘Right to Contact Police’ If Union Organizers Visit Their House Vice. Asking for somebody to get whacked, just like any 911 call. 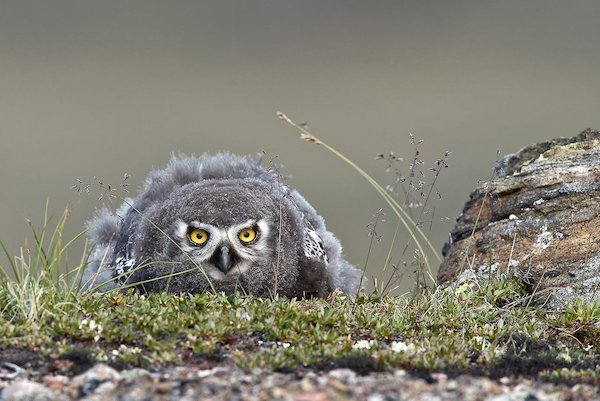 Rescuers band together to save 275 parrots after storm

MSNBC Anchor Rachel Maddow Did A Segment This Week Reminding Americans Of The Deplorable Origin Of The “America First” Slogan. The Phrase Appeared In 1940-1941 And Was Focused On Keeping The United States Out Of The War In Europe As Hitler’s Reign Of Terror Was Spreading. “America First” Was Associated With Anti-Semitism, Support Of Hitler And Considered Un-American By The US Government.

MSNBC Anchor Rachel Maddow Did A Segment This Week Reminding Americans Of The Deplorable Origin Of The “America First” Slogan. The Phrase Appeared In 1940-1941 And Was Focused On Keeping The United States Out Of The War In Europe As Hitler’s Reign Of Terror Was Spreading. “America First” Was Associated With Anti-Semitism, Support Of Hitler And Considered Un-American By The US Government.