By Luke Augustus for MailOnline

Carlo Ancelotti has the Midas touch on the touchline and his man-management skills off-the-pitch have struck a chord with Real Madrid summer signing Antonio Rudiger.

Ancelotti brought the defender to the Spanish giants on a free transfer from Chelsea ahead of this season, with the Italian looking to bolster his backline with the addition of the centre back.

Rudiger has made nine appearances for the LaLiga and Champions League holders so far as Ancelotti eases him into the starting XI. 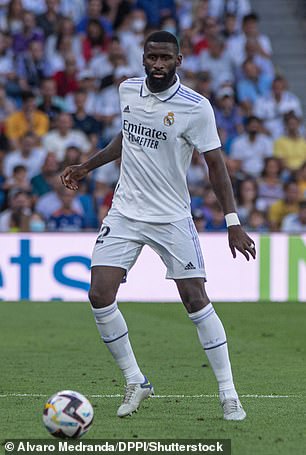 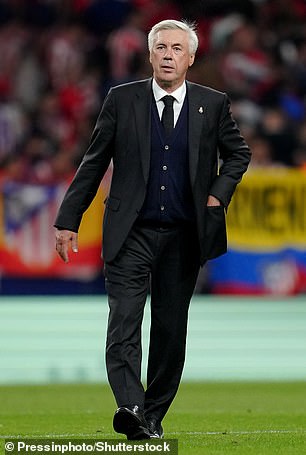 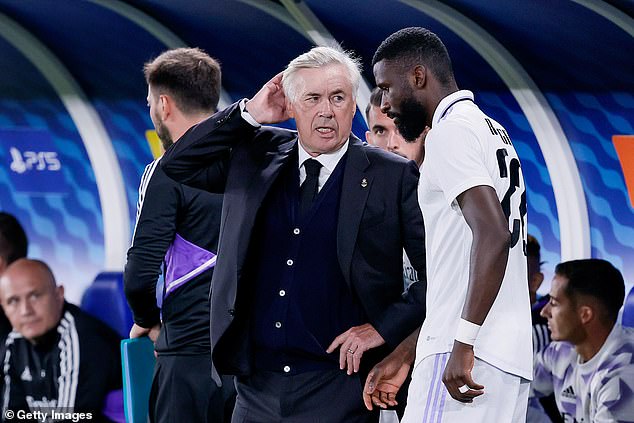 Rudiger has revealed that upon joining Real Madrid this summer, Ancelotti turned up at his family home unannounced to have lunch and get to know the player on a personal level

However, Ancelotti’s greatest impression on the Germany international to date has been his human side.

Upon moving to Madrid, Rudiger has revealed that Ancelotti surprised he and his family by turning up at their home unannounced before enjoying a spot of lunch and getting to know the player outside of football. A personable touch the 29-year-old has never experienced before.

‘I had been in our new house in Madrid for just a few hours with my family,’ Rudiger recalled to German outlet Sport1. ‘We were having a barbecue and then the bell rang. 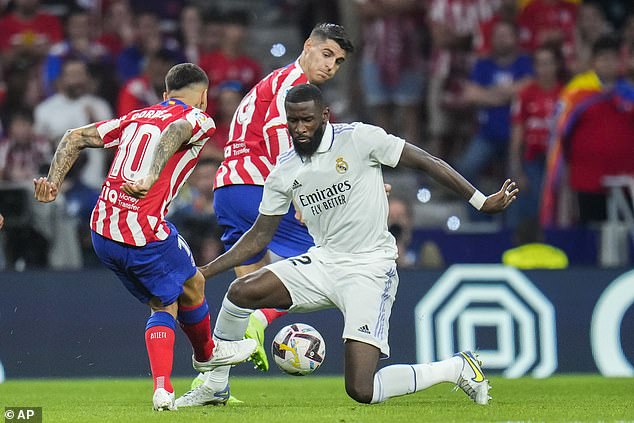 ‘I opened the door and Ancelotti was there! Wow! He sat with us, had lunch with us and met my family, he’s a very friendly and open man. He stayed with us for two hours, we talked about everything.

‘I’ll be honest, I had never experienced anything like that with other coaches. After just these first few months I have to say that nobody comes close to Ancelotti when it comes to how he treats players.

‘He’s a coaching legend who collected Champions League trophies when I was just a kid. Working with him every day in the world’s biggest club is just wonderful.’

Rudiger, who is currently away on Germany duty, will be hoping Real Madrid can continue their unbeaten start to the season on October 2 when they host Osasuna in LaLiga after the international break.