The Eagles are one of the NFC’s best teams: FIVE things we learned from Week 2 of the NFL

While Week 2 of the NFL season saw three of the NFL’s powerhouses – the Bills, Bucs, and Chiefs – take care of business, it also featured stunning comeback wins from the Dolphins, Cardinals and Jets.

But that wasn’t all that we witnessed; in fact, some of the most interesting storylines came from some of the league’s less heralded games.

Here are five things we learned in Week 2.

Amon-Ra St. Brown looks like the league’s next star receiver

While Tyreek Hill and Stefon Diggs had massive games in Week 2, a lesser known receiver in Detroit continued making a name for himself.

The Lions’ Amon-Ra St. Brown hauled in nine catches for 116 yards and two touchdowns in his team’s win over the Commanders, bringing him to three touchdowns (and 180 yards) on the year.

And while the second-year receiver has looked great so far in 2022, his play follows the trend of his strong end to 2021. 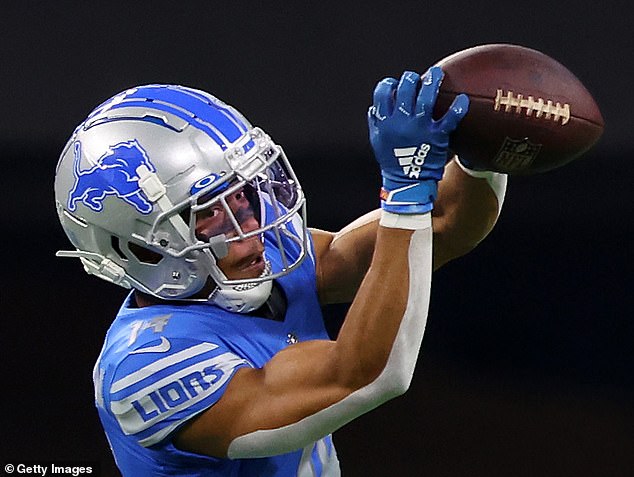 Amon Ra-St. Brown has been extremely impressive to start the 2022 season for the Lions

St. Brown posted at least eight catches, 90 yards and a touchdown in four straight contests to end last season, as the rookie showed glimpses of his talent before another long Lions offseason.

If anyone thought that stretch was a fluke, St. Brown is making them look silly right now.

He’s picked up right where he left off, and could put up massive numbers as Detroit figures to play catch-up frequently behind a suspect defense.

The Eagles are one of the NFC’s best teams

Before we even get into our praise of the Eagles, let’s take stock of the rest of the conference.

The Buccaneers and the Giants are the only other 2-0 teams in the NFC. Tampa Bay has looked out of sorts on offense thus far, while the Giants have too, and have managed to handle a softer schedule.

Elsewhere, the Packers lack elite receiving options, the Cowboys could be without Dak Prescott for half of the season, and the Rams looked extremely mortal against the Bills in Week 1.

All of that is to say the bar of ‘one of the NFC’s best teams’ may not even be that high. 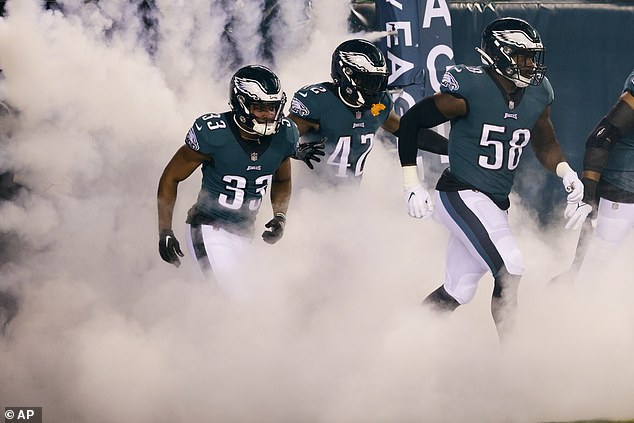 And maybe the only team who’s passed the eye test thus far – and has the record to show for it – is the Eagles.

Philadelphia continued their impressive start to the season Monday night, beating the Vikings 24-7, and there were huge positives to take away on both sides of the ball.

On the other side of the ball, Darius Slay had two interceptions, and just as importantly, helped to shut down Vikings star Justin Jefferson, who finished with just 48 receiving yards on the night.

We haven’t been used to seeing the Eagles among the league’s elite since their Super Bowl win in 2018.

With Hurts’ evolving game, the addition of A.J. Brown and some positive signs on defense, however, it may be time we get used to it once again.

The Colts may be way worse than previously advertised

On the other side of the coin, the Colts have also made headlines two weeks into the season, and not for the reasons they would’ve hoped.

With Jonathan Taylor, Michael Pittman and a supposed quarterback upgrade in Matt Ryan, a team that finished 9-8 last season was certainly supposed to be competitive, and possibly do even better than their 2021 record.

That goal was made harder after falling 24-0 to the Jaguars in Week 2, bringing the team to 0-1-1 and raising questions about Ryan’s current ability.

The 37-year-old looked every bit of his age as he tossed three interceptions and completed just 16 of 30 passes for 195 yards. 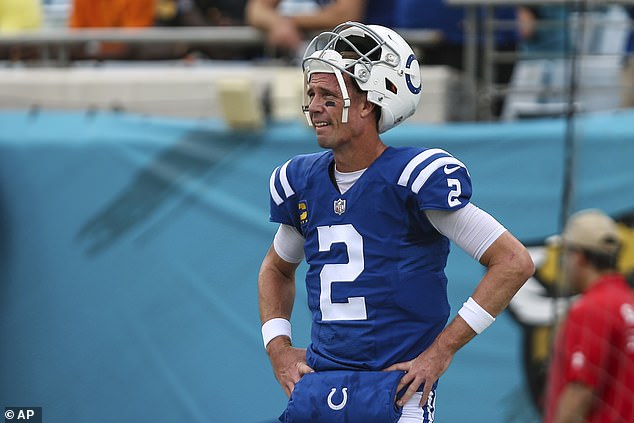 Matt Ryan was poor against the Jaguars on Sunday, as he threw three interceptions

Matters were also not helped by Indy’s offensive line on the day, as the unit allowed 14 pressures of their quarterback and five sacks.

The optimistic view of this game tells you not to overreact to a loss with Pittman, the team’s top wideout, out injured.

The pessimistic view is that it’s the second straight game the Colts have failed to win vs. a weak AFC South opponent – and they needed a furious fourth-quarter comeback vs. the Texans to even force an eventual overtime tie.

We’ll see how the season pans out, but the early returns are not promising for Frank Reich’s team.

The Rams running back situation is as murky as ever

In Week 1, LA’s predicted backfield starter Cam Akers appeared to be in the doghouse.

After leading the Rams in carries in the Super Bowl, Akers got just three touches against the Bills and played just 18 percent of snaps while Darrell Henderson served as the workhorse.

Coach Sean McVay said after that game that he wanted to see more ‘urgency and accountability’ from Akers, and it appears that the running back heard the message loud and clear the next week in practice.

Akers out-carried Henderson in the game 15-10, though Henderson out-snapped Akers and was more efficient than him on the ground.

See also  How much baseball do baseball players watch? 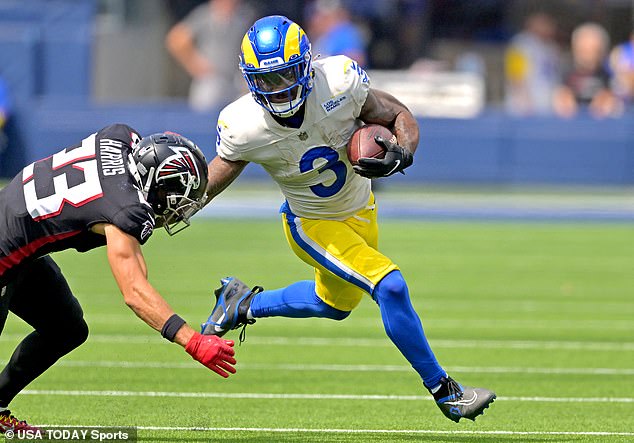 Still, it appears that Akers has earned back a share of the backfield, though it’s hard to predict what happens going forward.

McVay has spoken about both Henderson and Akers having a role when mentioning the LA backfield, though Henderson was used in a traditional workhorse role for much of last regular season.

What we know, ultimately, is that we just don’t know much when it comes to this backfield.

The Giants look legit on defense

While the Giants’ offense still looks like a work in progress under Brian Daboll – and might need a new quarterback to truly improve – their defense looked stout again in Week 2.

Big Blue allowed just one touchdown to the Panthers in a 19-16 win, and held Carolina to just 275 yards of total offense on the day.

The Giants were especially good against the pass, as Baker Mayfield was held to just 14-29 passing for 145 yards. 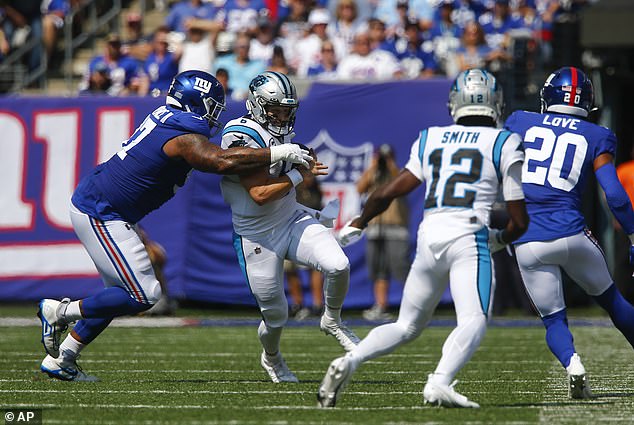 The stout performance came after the team allowed just 20 points on the road to the Titans in a Week 1 win.

More impressively, the Giants defense has reached their current levels without  outside linebackers Kayvon Thibodeaux (a 2022 first-round pick) and Azeez Ojulari (a 2021 second-round pick), as the pair have been out injured.

The Giants defense will be really tested in Weeks 5 and 6 against the Packers and Ravens, but with Thibodeaux and Ojulari back, we may see that there is nothing fluky about this unit.