Former Manchester City star David Silva is fined after admitting to hitting a woman in a brawl at a Canary Islands carnival, leaving her with bruises and grazes after grabbing and pushing her

Manchester City legend David Silva has been ordered to pay a €1,080 fine for grabbing a young woman during a brawl at a carnival in the Canary Islands.

The incident took place at the Maspalomas Carnival in Gran Canaria back on June 19 and also involved the Real Sociedad star’s brother Fernando Antonio Jimenez Silva and an unnamed third individual.

According to Spanish media outlet Tiempo de Canarias who had access to court documents, it’s said that Silva with the ‘intention of undermining the physical integrity’ of the victim, ‘toughly grabbed her arm to move her away, causing her to fall to the ground.’

As a result of this action, the young woman is said to have suffered post-traumatic cervical pain, a bruise to her left elbow as well as bruises and grazes to her knees and a finger on her left hand.

She required medical assistance on the scene ‘without requiring subsequent medical treatment.’

The third unnamed person involved in the fight, is said to have hit a young man with a stone and threatened another with a knife, shouting ‘come here and I’ll cut you’.

The case never reached trial as all defendants admitted their part in the incident. 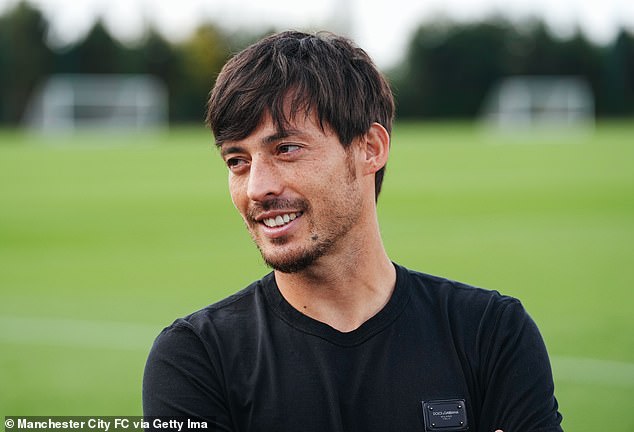 David Silva has been fined €1,000 for grabbing a young woman during a carnival brawl

The Real Sociedad midfielder acknowledged the facts by the Public Prosecutor’s Office and was sentenced to a fine of €1,080 (£942) ‘at a rate of 12 euros per day during three months’.

This conclusion was reached as the footballer was the ‘perpetrator responsible for a minor crime of injuries, with subsidiary personal liability in case of non-payment of one day of deprivation of liberty for every two daily instalments not paid,’ said the judge.

Silva has also been instructed to compensate the young woman with €520 – €280 of that amount due to injuries suffered and the other €240 due to the material damage caused as a result of the incident.

His brother meanwhile was adjudged to have hit a young man in the face and once the victim had fallen to the ground, continued to him in different parts of his body together with other people who could not be identified.

The unnamed third individual threw a stone at another young man, which struck him on the head – causing a wound that required surgical intervention.

The judge said the defendant then approached another man with a knife and threatened him by saying: “Come here and I will cut you”. He was sentenced to eight months in prison for throwing the rock, alongside a fine of three months for the second threat.