Germany’s largest natural gas importer has fallen into the government’s hands in a bailout totalling £25billion.

In a bid to protect energy supplies, the government in Berlin has taken control of Uniper after its finances were crippled by Vladimir Putin’s war in Ukraine and Russia’s decision to cut off natural gas flows to Europe.

Germany agreed to buy the remaining stake owned by Finland’s Fortum in the German gas importer to secure its operations and keep its business going. 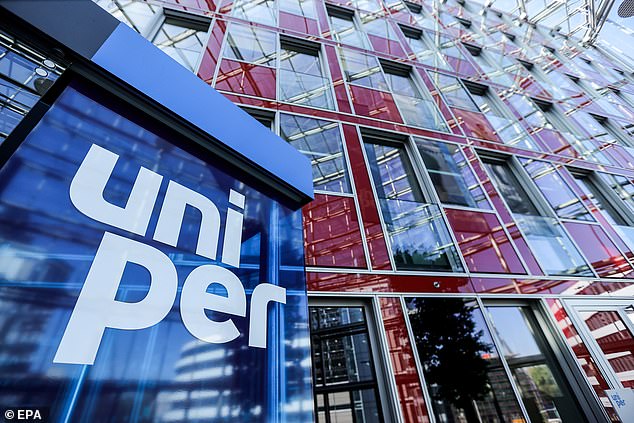 National interest: Berlin agreed to buy the remaining stake in Uniper to keep its business going, the latest move to keep the lights on and heaters running in Germany this winter

It is the latest move to keep the lights on and heaters running in Germany this winter.

European gas and power prices have rocketed this year as Russia cut fuel exports to retaliate for Western sanctions over its invasion of Ukraine, leaving consumers struggling with sky-high energy bills and European utilities grappling with a liquidity crunch.

After buying Fortum’s stake, the German state will hold about 99 per cent of Uniper, which owns the Ratcliffe-on-Soar coal-fired power station in Nottinghamshire.

The agreement involves a capital injection of another £7billion, taking the total government bailout to £25billion.

‘The state will do everything possible to always keep the companies stable on the market,’ German economy minister Robert Habeck said, announcing the Uniper move and other steps to help his country avoid energy rationing this winter.