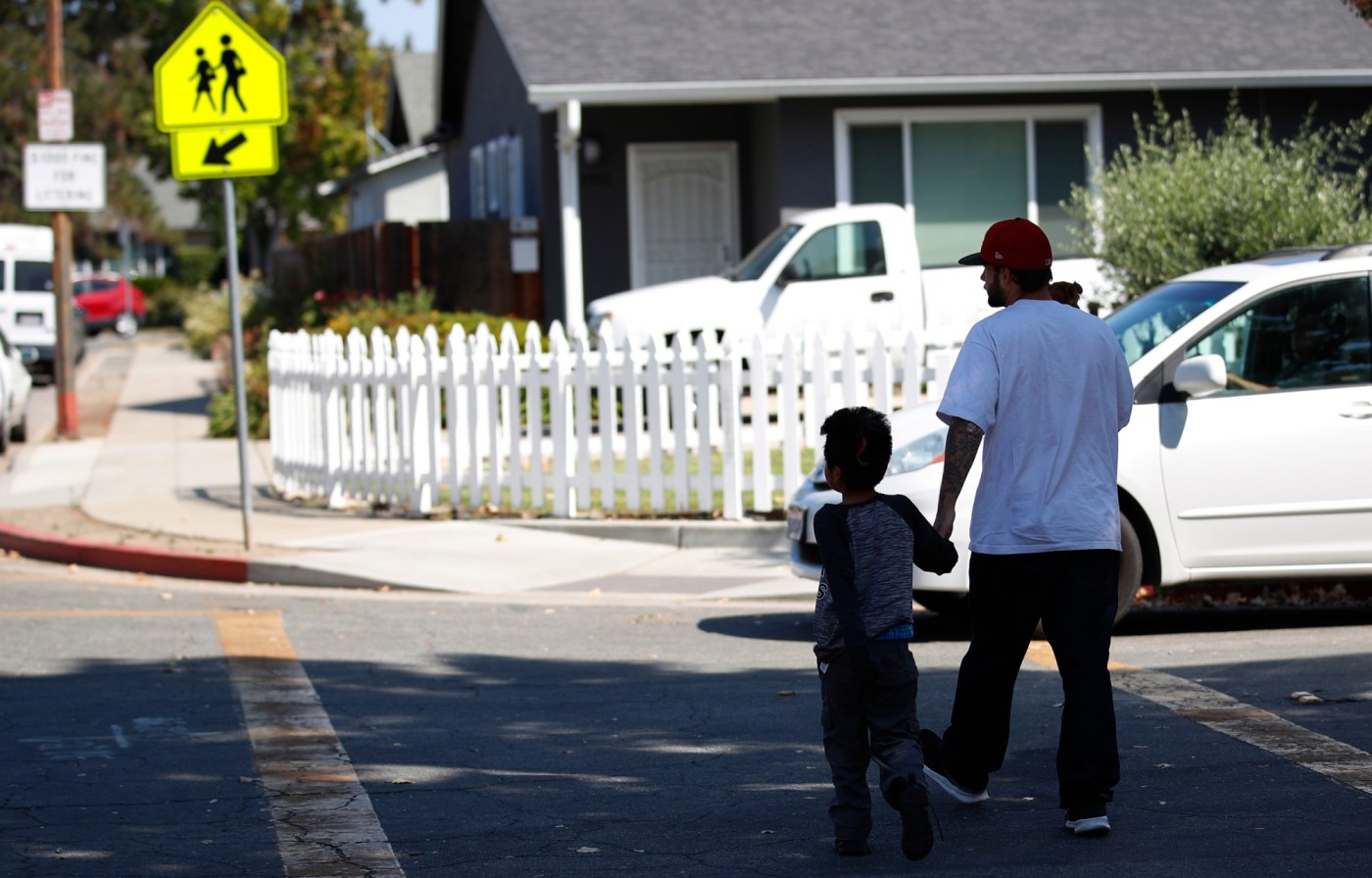 Submit your letter to the editor via this form. Read more Letters to the Editor.

The death of the third-grade boy on Friday morning (“Third grader dies after driver hits him in crosswalk near school,” Page A1, Sept. 17) was extremely sad and likely wouldn’t have happened with different signage.

I bet the only signage was yellow five-sided signs depicting two pedestrians. If that crosswalk instead had push-button-activated flashing yellow lights on each side of the street, that young boy would probably be with us today.

I fault the city for this boy’s death and for not having such lights installed at this intersection, and at other intersections where pedestrian deaths have occurred this year. The city of San Jose needs to immediately install such push-button-lighted signs at this intersection, at other dangerous crosswalks in this neighborhood — as well as other such dangerous crosswalks in the city. Please call San Jose Traffic Engineering at (408) 535-3850 to demand this action.

Obscene is putting it mildly.

We have been seeing ads about competing gambling Props. 26 and 27 since last February. George Skelton reports that $470 million has been spent so far by various interests, competing with each other over money that they want, under the guise of helping the homeless.

In my view $470 million – all of it invested in some sort of managed fund – could go much further to help the homeless rather than fighting on TV over who gets the lion’s share of the gambling proceeds, with precious little to really make a difference for homelessness.

On Sept. 20 massive toxic clouds emanated from the nation’s largest battery plant. Highway 1 was closed for 12 hours and substantial areas were instructed to shelter in place and not use ventilation to minimize exposure to carcinogenic air.

Residents were exposed to toxic emissions including cobalt, nickel, lithium and arsenic; authorities stated this toxic air should persist for days. Not only is this plant a toxic hazard, but the total energy storage would only power California for two minutes, in its grid backup role. The plant is a Gov. Gavin Newsom virtue signal to deceptively assure us that we have power backup for wind and solar.

The technology may be useful decades from now but now it is neither safe or cost-effective. Elect Liz Lawler to the Assembly. She puts safety and economic sense ahead of experimenting with our health.

Goldie was a Golden Retriever that died of neglect and illness following a USDA inspection of a puppy mill in Seymour, Iowa, where she had no name, only a number.

She was only one of the hundreds of dogs confined in small, filthy cages, injured, ill, standing in their own waste, without fresh air, adequate food or clean water. Despite finding over 200 violations of law, the USDA allowed the facility licensee to continue its operations.

It’s time to compel the USDA to do thorough inspections and impose significant sanctions on commercial breeding facilities that abuse animals.

See also  San Jose: Motorcyclist killed in crash near I-880 and Bascom Avenue

Please ask your congressional representative to support and co-sponsor HR 6100, Goldie’s Law. Make the USDA do its job and give Goldie a name and a legacy. Make sure that no other animals die the way she did.