The firm that oversaw Neil Woodford’s doomed flagship fund is set to be fined £50million by City regulators.

Link Fund Solutions faces the penalty on top of an order to hand up to £306million of redress to victims.

The fine, by the Financial Conduct Authority (FCA), is the latest sign that a long-running probe into the collapse of the Woodford investment empire could be nearing a close. 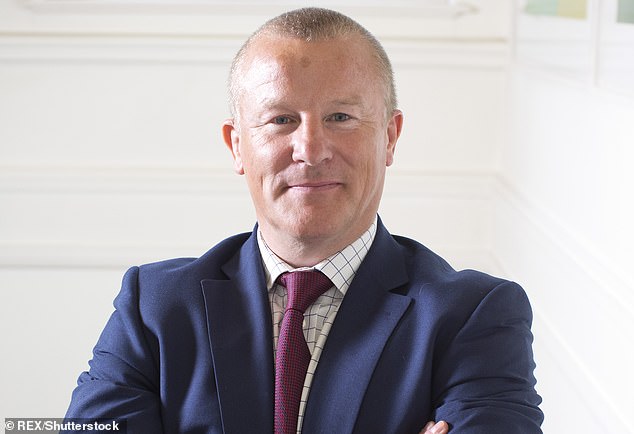 Frozen: Link – the firm responsible for supervising Woodford’s management of his funds – decided to suspend the £3.7bn Woodford Equity Income Fund in 2019

More than 300,000 savers who entrusted the stock-picker with money have been waiting for answers since they were blocked from accessing it in 2019.

The first hint that Link would be penalised came last week.

Dye & Durham, a Canadian firm which was planning to buy Link’s parent – Link Group – revealed the FCA’s demands for a redress scheme had thrown a spanner in the works.

The FCA confirmed it was ‘likely’ to force Link to pay ‘up to £306million’ to victims, and yesterday added that a £50million fine would also be forthcoming.

Link has 14 days to respond to the draft warning notice. It could challenge the fine or agree to settle the matter. Link said it would ‘explore all options’.

Dzmitry Lipski, head of funds research at Interactive Investor, said: ‘The drip, drip, drip of information is a curious way to conduct a major investigation after three years of silence.

See also  Inflation is rising, but fans are paying for NBA, NFL, other sports tickets

‘Many questions remain unanswered, the issue of redress is far from certain, and wider investigations are still ongoing.’

He said investors deserved better than a potential deal.

Hundreds of thousands of savers were left out of pocket when Link, the firm responsible for supervising Woodford’s management of his funds, decided to suspend the £3.7billion Woodford Equity Income fund in 2019 and eventually close it, after a flood of investors tried to pull their money out, following a run of poor performance.

Woodford invested in risky early-stage and unlisted stocks, and was unable to sell them fast enough to return the money.

When Link realised the extent of the problem, it decided to close the fund, selling the stocks and returning the money to investors.

But several sales were at a knockdown price, and savers have lost around £1billion since the fund was frozen.

While the FCA redress scheme will not cover investors’ losses, the lawyers hope to wring more money out of Link through the courts.

The FCA said ‘multiple parties’ other than Link were still under investigation. It was thought to be examining Woodford, 62, senior staff, Hargreaves Lansdown, the investment platform which recommended the fund right up until its suspension, and Northern Trust, the depository charged with keeping an eye on Link.

Ryan Hughes, head of investment partnerships at AJ Bell, said: ‘Investors will be increasingly hopeful that this sorry episode is closer to completion.

‘Investors have waited patiently for the FCA to unearth what went wrong and put in place some form of compensation.