Roger Federer prepares for ‘Big Four’ night out in London with Sir Andy Murray, Novak Djokovic and Rafael Nadal by playing table tennis in a TUXEDO as he shares iconic photo of legendary stars

Retiring tennis legend Roger Federer has shared an iconic photo on social media this evening, as well as a video playing table tennis in a tuxedo.

The picture showed the 20-time grand slam champion alongside former rivals Novak Djokovic, Sir Andy Murray and Rafael Nadal posing for a photo, dressed up to head out to the Gala at Somerset House, with the caption stating: ‘Heading to dinner with some friends.’

Beforehand, Federer had posted a video of himself playing table tennis on a day all four players had been on court practicing ahead of the Laver Cup. 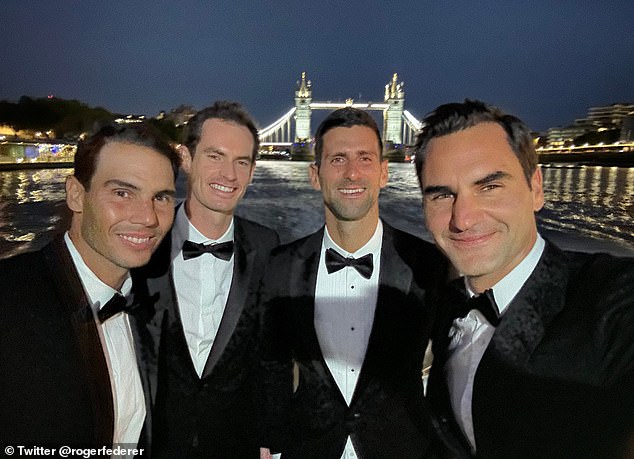 The Big Four are teaming up for the first and last time to represent Team Europe in Federer’s final tournament at the O2 Arena.

The Swiss superstar announced his decision to retire from the sport earlier this month, and this weekend’s event at the O2 Arena will be his swansong.

After having three major knee operations in recent years, Federer was always likely to only be fit enough to play doubles for Team Europe, and he had previously spoken of his desire to play alongside Nadal. 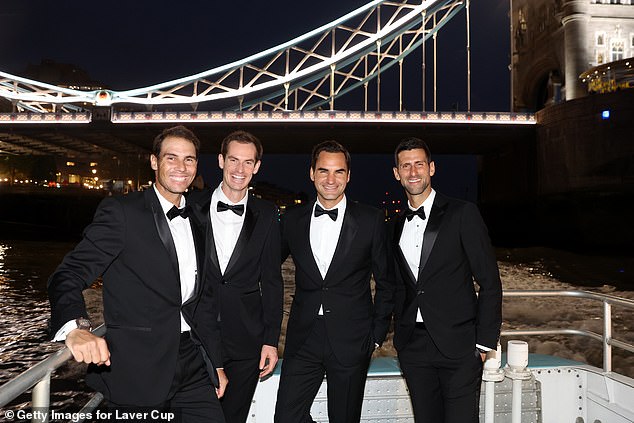 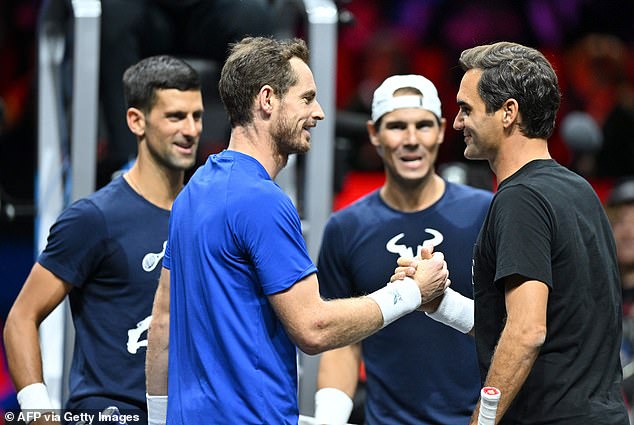 Team Europe captain Bjorn Borg has granted the 20-time grand slam champion his wish, and he will take to the court with the 36-year-old, a 22-time major winner, to face Frances Tiafoe and Jack Sock of Team World at around 9pm on Friday.

‘I’m not sure if I can handle it all but I’ll try,’ said Federer.

‘This one feels a whole lot different. I’m happy to have him on my team and not playing against him.

‘Playing with Rafa feels really different. To be able to do it one more time, I’m sure it will be wonderful and I’ll try my very best.’ 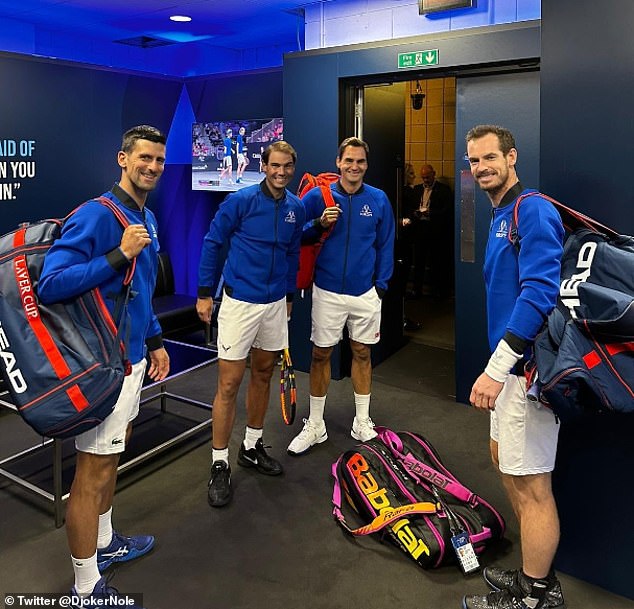 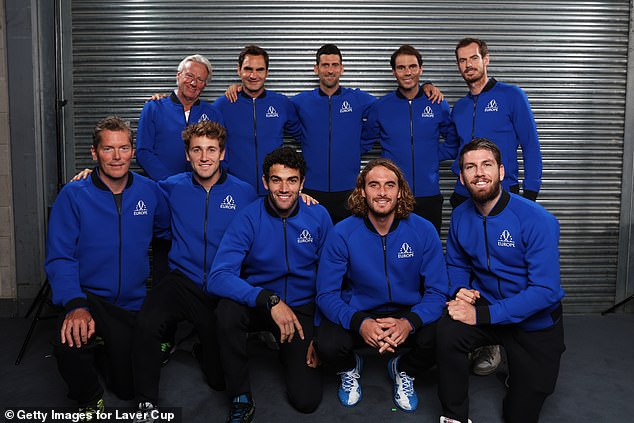 The picture may be an emotional one for tennis fans to see with the end of an era slowly coming to a close with Federer’s retirement.

Murray himself has been dealing with a series of injuries in recent times, with only Djokovic seemingly remaining at the top of his game in a foursome that has shared so many fantastic years of rivalries.

Tickets for Friday’s event are now selling for upwards of £8,000 with many keen to watch the player several regard as the greatest of all time in action for one final time.