“It’s the first day of fall, it was a beautiful day in southern California, made only more beautiful by the hammer of justice pounding down on our pumpkin spice ex-president.”
—Jimmy Kimmel

“New York Attorney General Letitia James filed an over-200-page civil fraud lawsuit against former president Trump, several of his children, and business partners in the Trump organization. I’d say he needs a good lawyer, but that’s been true for a while now.”
—Seth Meyers

You are now below the fold. The special master says you may proceed.

“The president would claim that his properties were worth a lot more money than they actually were, so he could use them as collateral for huge loans he desperately needed from banks. Case in point: [Attorney General] James claimed that his property at Mar-a-Lago has a value of 75-million dollars, but the ex-president had claimed it was worth 739-million dollars. Well, of course it’s worth less now—the FBI took away all the most re-sellable documents.”
—Stephen Colbert

Putin has resorted to sending volunteers to the front line with little training. And they’re pretty easy to spot. pic.twitter.com/JXO9T9dy4N

“It’s very obvious at this point that the path to Republican power lies in dickishness. I don’t know that there is a political platform or an ideology other than dickishness. This [kidnapping] stunt did exactly what he wanted it to do—jumped his profile [and] made him a hero amongst those for whom dickishness is one of the sole characteristics they’re looking for in their leaders. It probably angered Trump because, ‘Nobody’s gonna be a bigger dick than me.’ Imagine the season we are in where they are trying to one-up each other in utter cruelty.”
—Jon Stewart on Florida governor Ron DeSantis flying Venezuelan asylum-seekers from Texas to Massachusetts for no reason and with no warning.

“It has been a very weird ten days. In Morrisons—the [British] supermarket—they lowered the sound of the beeps at the checkout out of respect for the queen dying. As if someone would’ve gone in, heard the regular beeps, and gone: ‘Have some f*cking respect—as is tradition, a quieter beep is appropriate.’ After Charles becomes king the beeps will return.”
—John Oliver on Late Night

In California after 15 weeks, the fetus is given a podcast.
—Conan O’Brien on Twitter

And now, our feature presentation… 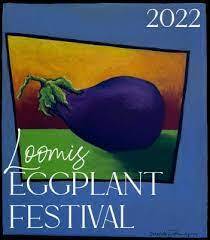 Days ’til the midterm elections: 45

Days ’til the Loomis Eggplant Festival in California: 8

Number of employees Walmart plans to hire for the holidays: 40,000

Percent chance that the National Transportation Safety Board wants all new vehicles in the U.S. to have blood alcohol monitoring systems: 100%

Estimated percent of traffic fatalities that are alcohol-related: 30%

Speed at which Walter Arnold was driving when he became the first person to be given a speeding ticket in Britain in 1896: 8mph

CHEERS to one wild week. The cheapest thing in the world (especially in politics) is words. But actions? That’s another thing. And this week was super-duper in terms of stuff actually happening. Since we’re all jonesin’ to start the weekend, and since you can’t start the weekend until you’ve read all of C&J, here’s the quickest recap in Recap Land: 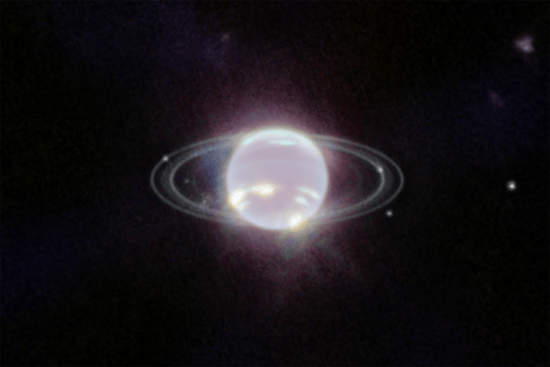 You are now up to date. Happy weekend.

CHEERS to Great Moments in Democracy. 233 years ago Sunday, in 1789, the First Federal Congress adopted twelve amendments to the Constitution and FedEx’d them to all 50 states for ratification. Ten of those amendments became the Bill of Rights. Had this same event occurred in recent times, Republicans would’ve re-written them to please QAnon, ALEC, the Federalist Society, Franklin Graham, and the remaining Koch brother, then rammed them through without any committee hearings or floor debate. But my point is: Ha Ha! They wore funny grampa socks back then! Seriously, those socks.

The only similarity between the Jewish New Year and the secular one is: 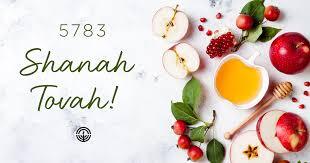 It ain’t the years…..it’s the mileage.

Many people use the New Year as a time to make “resolutions.” Likewise, the Jewish New Year is a time to begin looking back at the mistakes of the past year and planning the changes to be made in the new year. …

Even though the C&J household is just a run-‘o-the-mill lapsed-Episcopalian/lapsed-Catholic domicile, we’ll still take a moment to blow a ram’s horn outside our neighbor’s bedroom window at 3am. We figure, why break with our normal routine just because it’s Rosh Hashanah?

A 🔟 isn’t enough for this floor routine by @katelyn_ohashi 🔥 pic.twitter.com/Jwaz23yIhW

CHEERS to the Environment President. On tomorrow’s date in 1906, Theodore Roosevelt signed a bill designating Devils Tower—that kewl rock formation in Wyoming made famous in Close Encounters of the Third Kind—as the country’s first National Monument. Some people call it America’s national nipple: 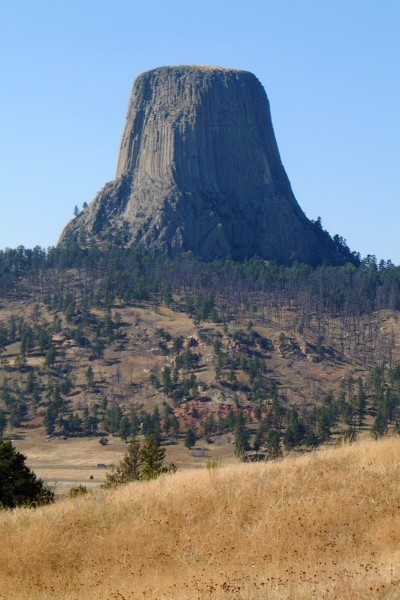 Fair warning: don’t tickle it or you’ll start an earthquake.

CHEERS to home vegetation. Here’s some of the stuff that may or may not be flickering on your teevee screen this weekend. Chris Hayes and the MSNBC crew are required viewing, but not before watching Wheel of Fortune and Jeopardy! for the former’s blood pressure-lowering clackity-clacks and the latter’s…what’s the word…facts. The producers of Shark Tank are adding viewer participation for the season premiere (8, ABC), which means that any pitched product involving pork rinds or pumpkin spice will get a guaranteed green light. 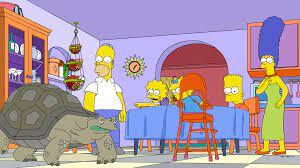 The most popular home videos, new and old, are all reviewed here at Rotten Tomatoes. The NFL schedule is here, and the baseball lineup is here. (No NFL or NBA action ‘til next month.) If you’re a fan of the spoon and mashie, the 2022 President’s Cup airs this weekend on NBC, and all I have to say is U-S-A! U-S-A! U-S-A!

Busy Sunday ahead. The poverty-awareness Global Citizen Festival airs on ABC at 7. On 60 Minutes: Denver Riggleman, a former senior adviser to the House Jan. 6 committee, spills some dirt. The 327th season premiere of The Simpsons starts at 8 with Homer joining an online group looking for a missing tortoise…and something more sinister. And on the 189th season premiere of Family Guy (9, Fox), the Griffins perform a retelling of three Oscar-winning movies. Andy Richter is a contestant on the premiere of Celebrity Jeopardy! (8, ABC). Then, hot off his latest Emmy win, John Oliver roars back to HBO Sunday night at 11 with a fresh episode of Last Week Tonight.

This Week: Creepy John Barrasso (The Cult-WY) reveals that he plans to scare the children in his neighborhood on Halloween by dressing up as Senator John Barrasso. 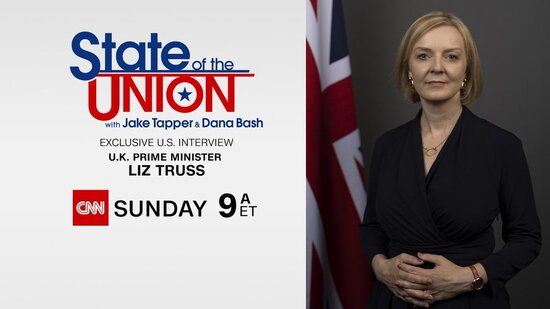 Did you know? One of Liz Truss’s shoes has a retractable spike in the toe.

CNN’s State of the Union: The newest wackadoo British Prime Minister Liz Truss promotes her exciting new plan to extend more tax cuts for the rich. re-invade the Falklands, and make all the commoners put their clothes onto the lower peg.

JEERS to getting going when the going is getting toughing. A massive, huge, really large and, some say, giant bulbous wave of panic set in yesterday when it was announced that Tim Pawlenty was fleeing the Romney campaign as co-chair. Within moments the questions started flying from inside Mitt’s camp: How will this impact the campaign? What happens now? Is it all over? Tim who?

And just one more…

CHEERS to the day the Straight Talk Express jumped the tracks. It happened fourteen years ago Sunday, and it’s become a high holy day on the American political calendar ever since. It started when John McCain—back in his evil Iraq War-flogging days—“suspended” his presidential campaign so he could ride to Washington on a white stallion to stop the economic collapse that happened on his party’s watch, a much-mocked effort that consisted of a perfunctory appearance at the Bush White House. But that half-baked stunt quickly faded into the background when, with Keith Olbermann sitting beside him as a witness to history, David Letterman delivered the coup de grâce after catching McCain in a pasty-faced lie:

Barack Obama went on to successfully navigate eight years in the Oval Office, and McCain did not. So thank you, Dave, for being so quick that night. But more important: Thank you, John, wherever you are, for being so slow.

Have a great weekend. Floor’s open…What are you cheering and jeering about today?