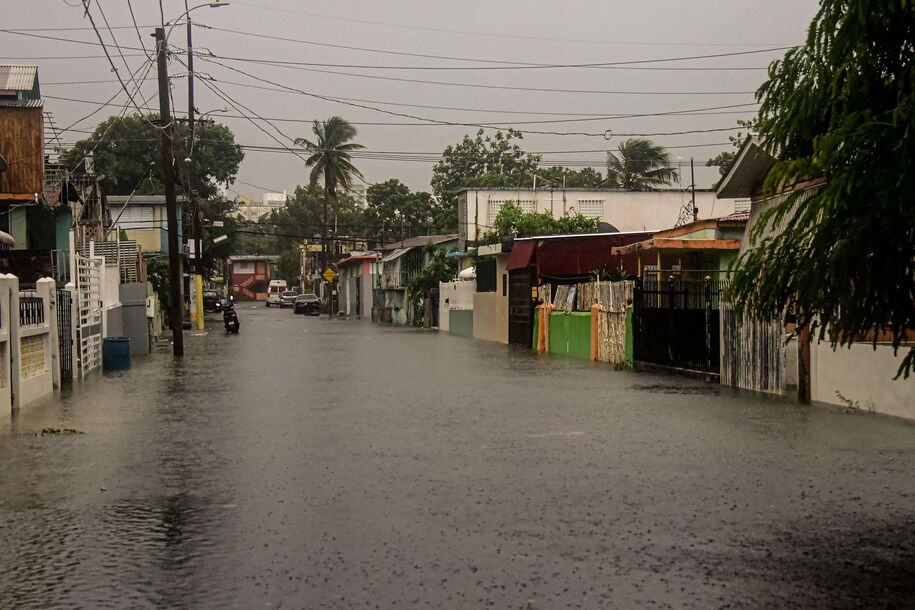 Flood waters flow down a road after the passage of Hurricane Fiona in Villa Blanca, Puerto Rico, on Sept. 18. A million residents had lost power Sept. 7 and did not yet have it back when Fiona put the lights out for the whole island.

If the U.S. media had spent half as much time covering the 3,000 deaths and nightmare aftermath in Puerto Rico from Hurricane Maria in 2017 as it has covering the death of Queen Elizabeth II and the uncertain destiny of the various surviving British royals, perhaps it might have spurred action to prevent a repeat.

Mercifully, only two people were killed last Sunday when rain-heavy Hurricane Fiona roared ashore. But once again—just as in 2017—the storm plunged the whole island into the dark. Well, not the whole island. Although Hurricane Irma had mostly skirted Puerto Rico Sept. 7, it knocked out electricity for 1 million of the U.S. territory’s citizens, and most of them still had no power when Fiona arrived. Nor were they expected to have any for months.

Sadly, that is probably true for much of the island now. After the ferocious Maria slammed Puerto Rico, some people still didn’t have power a year later. Renewing their access to drinking water took a long time too. Denise Oliver-Velez has been fulfilling the role the media should be playing by cataloguing all the disaster’s continuing atrocities ever since. 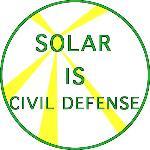 The story of how things got this way depends on where one starts. I suppose it’s best not to begin with the Spanish conquistadors massacring the Taino people 500 years ago. The way Puerto Rico came to be a U.S. territory four centuries later was a simple land-grab by a rising empire against a dying one. Along with the land came the people, who for more than a century have had a hybrid citizenship. Americans all, Puerto Ricans still. A U.S. commonwealth with its own 70-year-old constitution.

And big economic trouble these days made worse by the burdens of colonial legacy, weak government, and a crumbling, rickety infrastructure. Particularly its electricity grid, which is afflicted with the impacts of deferred maintenance, underinvestment by the previous government-run authority, and privatization fueled by a massive input of federal disaster money.

Washington has provided $16 billion to fix the grid, but so far that money has mostly gone to replacing stuff Maria took down rather than making the upgrades and changes essential for a 21st-century operation that runs efficiently from distributive sources like rooftop solar and microgrids. At this late date, given what we know, it ought to be a crime to replicate the same centralized system that has been the source of carbon emissions that wreck the climate and other pollutants that wreck people’s health, has electricity costs higher than any U.S. state, and the unreliability of which creates a continuous crisis.

When it’s actually running, the grid is currently fed almost entirely by electricity generated from fossil fuels. A law passed in 2019 mandates that 40% of the island’s electricity come from renewable sources by 2025. However, right now, just 3% does. As we know from a few instances, people with solar panels had power after Fiona: Solar is lifeline in Puerto Rico after Hurricane Fiona knocks out power and “We’re Fine” How Solar Kept the Lights On After Fiona Left Puerto Rico in the Dark. Yep. That’s how it works.

In an excellent report, Maria Gallucci at Canary Media writes that Puerto Ricans are powering their own rooftop solar boom. But the numbers are small. As my colleague April Siese wrote, there’s grassroots support to accelerate the spread of solar with Queremos Sol, a 2018 plan for the island’s electricity to be 50% generated with renewable sources by 2035.

We should make an example of Puerto Rico. A shining example. Show compassion, smarts, and commitment by turning that 40% renewables target that’s unreachable by the 2025 deadline into, say, a firm 60% by the end of Biden’s second term and 100% by 2035. Doing that will take federal action.

In 2020, Puerto Rico handed over operation and maintenance of its power distribution and transmission to LUMA Energy, a joint venture created specifically for the job by Texas-based Quanta Services and Alberta-based ATCO. Luma, however, is performing even worse than the Puerto Rico Electric Power Authority (PREPA), which previously oversaw the archipelago’s electric energy system. Since LUMA took over most components of the electric system in June 2021, residents have experienced an uptick in power outages and fluctuations in electric voltage and current. […]

Through a proposal called We Want Sun/Queremos Sol, civil society groups are calling on PREPA to deny the renewal of LUMA’s contract, which expires on November 30. Rather than extend the unreliable services of a private company, advocates are urging the local government to invest FEMA recovery funds in life-saving, distributed renewable energy, primarily rooftop solar and battery energy storage systems (batteries). Such investment would provide power to Puerto Rico residents, businesses, and other organizations, even in extreme situations of climate crisis.

We understand the potential of this kind of distributed renewable energy first-hand. One of us (Ruth) experienced these intensely difficult conditions in Puerto Rico during Fiona but was able to keep the power on throughout the storm and ongoing destruction because of rooftop photovoltaics on her home.

Puerto Rico need not be a place of disaster. The people of the archipelago already have mapped out—and in some places built—solutions to these challenges, as they refuse the centralized, fossil fuel system. Sixteen-billion dollars are already earmarked to save residents’ lives. How many more people need to die for FEMA to invest in rooftop solar alternatives?

We have to make this transformation everywhere and quick, right? And we have to make sure to do it well at the same time, with marginalized communities at the front of queue. So … faster and better, please.

Who Is Taylor Hale? 5 Things About The ‘Big Brother’ Season 24 Winner – Hollywood Life

Who Is Taylor Hale? 5 Things About The ‘Big Brother’ Season 24 Winner – Hollywood Life