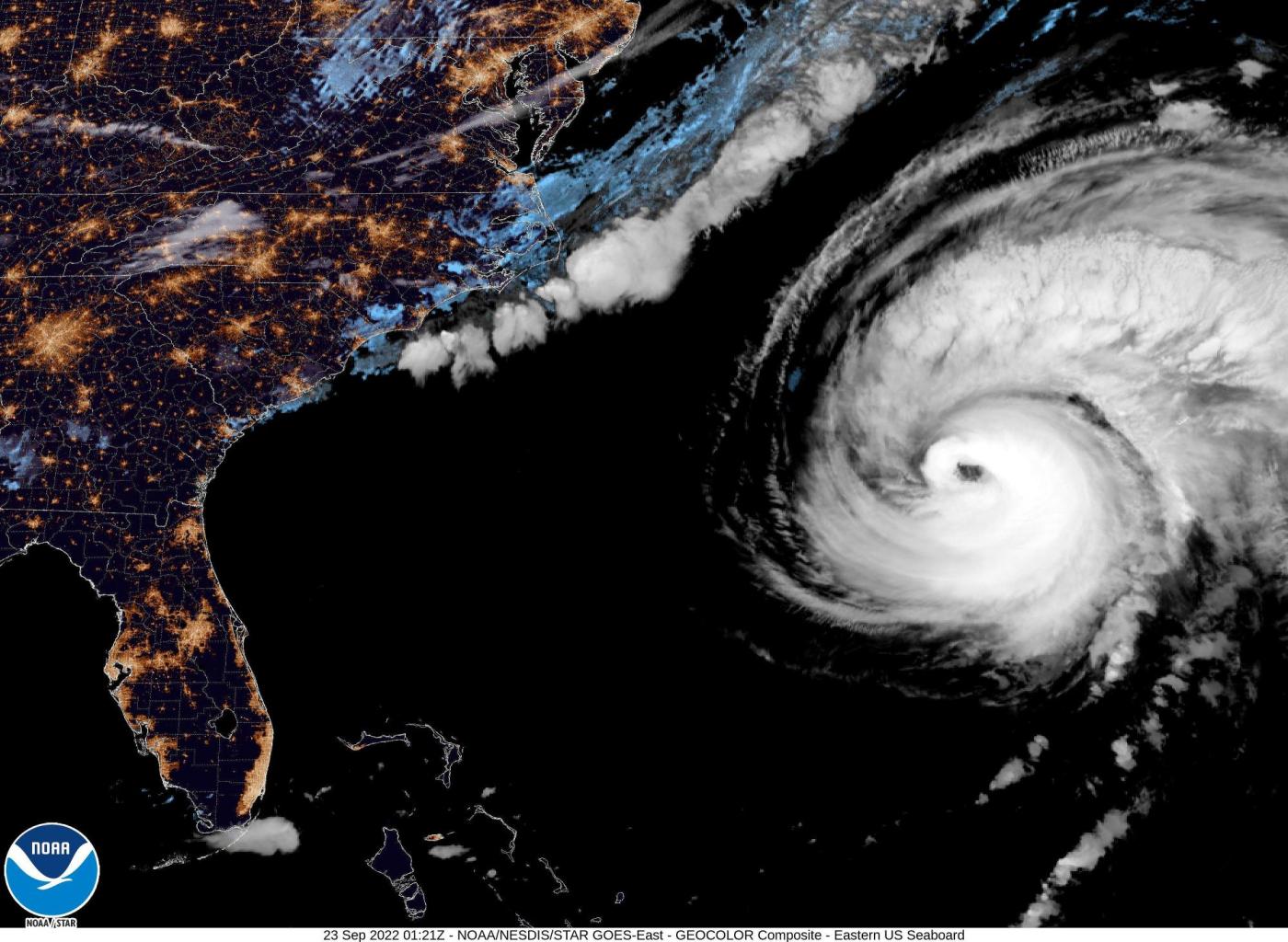 By ROB GILLIES and DÁNICA COTO

CAGUAS, Puerto Rico (AP) — A hurricane expected to transform into a huge post-tropical storm will bring hurricane-strength wind, heavy rain and big waves to Atlantic Canada, meteorologists said Friday in warning that it has the potential to be one of the most severe storms in the country’s history.

Hurricane Fiona, which had weakened a bit to a Category 3 storm, was forecast to make landfall Saturday morning.

“This is is definitely going to be one of, if not the most powerful, tropical cyclones to affect our part of the country,” said Ian Hubbard, meteorologist for the Canadian Hurricane Centre in Dartmouth, Nova Scotia. “It’s going to be definitely as severe and as bad as any I’ve seen.”

Fiona was a Category 4 hurricane when it pounded Bermuda with heavy rains and winds earlier Friday as it swept by the island on a route heading for northeastern Canada. Authorities in Bermuda opened shelters and closed schools and offices ahead of Fiona. Michael Weeks, the national security minister, said there had been no reports of major damage.

Hubbard said the storm was weakening as it moved over cooler water and might not reach land as a hurricane. Hurricanes in Canada are somewhat rare, in part because once the storms reach colder waters, they lose their main source of energy. and become extratropical. But those cyclones still can have hurricane-strength winds, though with a cold instead of a warm core and no visible eye. Their shape can be different, too. They lose their symmetric form and can more resemble a comma.

Bob Robichaud, Warning Preparedness Meteorologist for the Canadian Hurricane Centre, said the center of the storm was expected to arrive in Nova Scotia on Saturday morning, but its winds and rains would arrive late Friday.

“It’s going to a bad one,” Canadian Prime Minister Justin Trudeau said. “We of course hope there won’t be much needed, but we feel there probably will be. And we will be there for that. In the meantime we encourage everyone to stay safe and to listen to the instructions of local authorities and hang in there for the next 24 hours.”

Officials in Prince Edward Island sent an emergency alert warning of severe flooding along the northern shore of the province. “Immediate efforts should be taken to protect belongings. Avoid shorelines, waves are extremely dangerous. Residents in those regions should be prepared to move out if needed,” the alert read.

Authorities in Nova Scotia sent an emergency alert to phones warning of Fiona’s arrival and urging people to say inside, avoid the shore, charge devices and have enough supplies for at least 72 hours. Officials warned of prolonged power outages, wind damage to trees and structures and coastal flooding and possible road washouts.

A hurricane warning was in effect for Nova Scotia from Hubbards to Brule; Prince Edward Island; Isle-de-la-Madeleine; and Newfoundland from Parson’s Pond to Francois.

Fiona so far has been blamed for at least five deaths — two in Puerto Rico, two in the Dominican Republic and one in the French island of Guadeloupe.

People across Atlantic Canada were stocking up on last-minute essentials and storm-proofing their properties Friday ahead of the arrival.

At Samsons Enterprises boatyard in the small Acadian community of Petit-de-Grat on Nova Scotia’s Cape Breton Island, Jordan David was helping his friend Kyle Boudreau tie down Boudreau’s lobster boat “Bad Influence” in hopes it wouldn’t be lifted and broken by winds .

“All we can do is hope for the best and prepare as best we can. There’s something coming, and just how bad is yet to be determined,” said David, wearing his outdoor waterproof gear.

Kyle Boudreau said he was worried. “This is our livelihood. Our boats get smashed, our traps gets smashed … it’s stuff you don’t have to start your season next year,” he said.

Aidan Sampson said he had been working 11-hour days in his father-in-law’s boatyard for the past week, lifting fishing vessels out of the water.

See also  With another memorable trip around the bases, Gunnar Henderson leads Orioles to 6-2 win over Nationals – The Mercury News

Meanwhile, the National Hurricane Center said a newly formed tropical depression in the southern Caribbean was expected to begin strengthening, and hit Cuba early Tuesday as a hurricane and then hit southern Florida early Wednesday.

It was centered about 430 miles (690 kilometers) east-southeast of Kingston, Jamaica. It had maximum sustained winds of 35 mph (55 kph) and was moving at 15 mph (24 kph). A hurricane watch was issued for the Cayman Islands.

Before reaching Bermuda, Fiona caused severe flooding and devastation in Puerto Rico, leading U.S. President Joe Biden to say Thursday that the full force of the federal government is ready to help the U.S. territory recover.