I prefer not to speak… but I could rap! Jose Mourinho stars in new Stormzy music video ‘Mel Made Me Do It’, with the Roma boss showing swagger as he poses in mansion next to rapper with his finger to his mouth

In the UK rapper’s latest single ‘Mel Made Me Do It’, the current Roma boss plays a brief cameo and even performs some lyrics, though not literally.

The 59-year-old is seen halfway through the ten-minute video standing with Stormzy and some others in a mansion, arms folded before raising his finger to his lips. 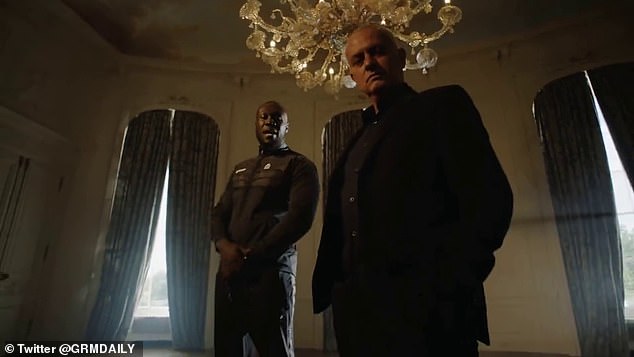 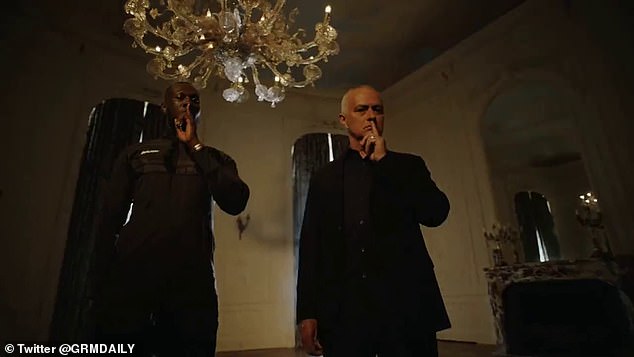 Mourinho posted about the video on his Instagram page, sharing a photo of himself next to Stormzy captioned: ‘Was great fun doing this cameo for Stormzy’s new music video out today. I had a great time.’

Athletics stars Usain Bolt and Dina Asher-Smith also feature at various parts of the video in a star-studded film out after the London-born rapper took a hiatus.

Mourinho’s cameo comes on the back of the Portuguese boss claiming he has many years left coaching.

Recent years have been less fruitful for the ‘special one’ in comparison to the rest of his career, with only a Conference League title to show for his last five seasons in the management after winning a host of titles all over Europe.

While he admits retirement isn’t too far away, Mourinho has revealed there are still a few years to go before retirement will be pondered. 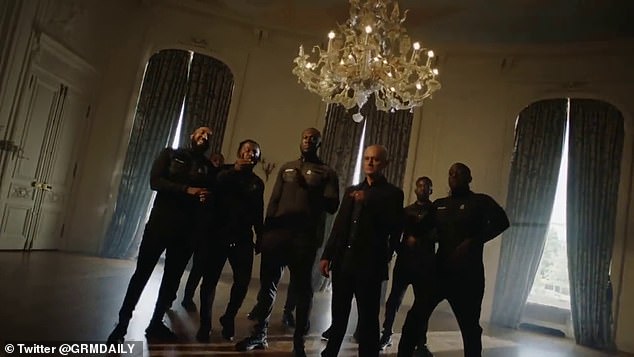 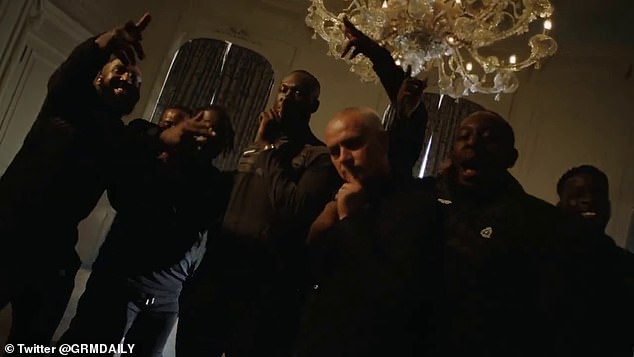 ‘These 22 years have passed quickly, but I want to continue,’ Mourinho said at the 2022 Quinas de Ouro event.

‘I feel good, I feel strong, motivated, I like winning, I hate losing, nothing has changed.

‘The colour of my hair, yes, even the wrinkles, but I want to go on.

‘Not for another 22 years, as there is no time, but for a few more years.’