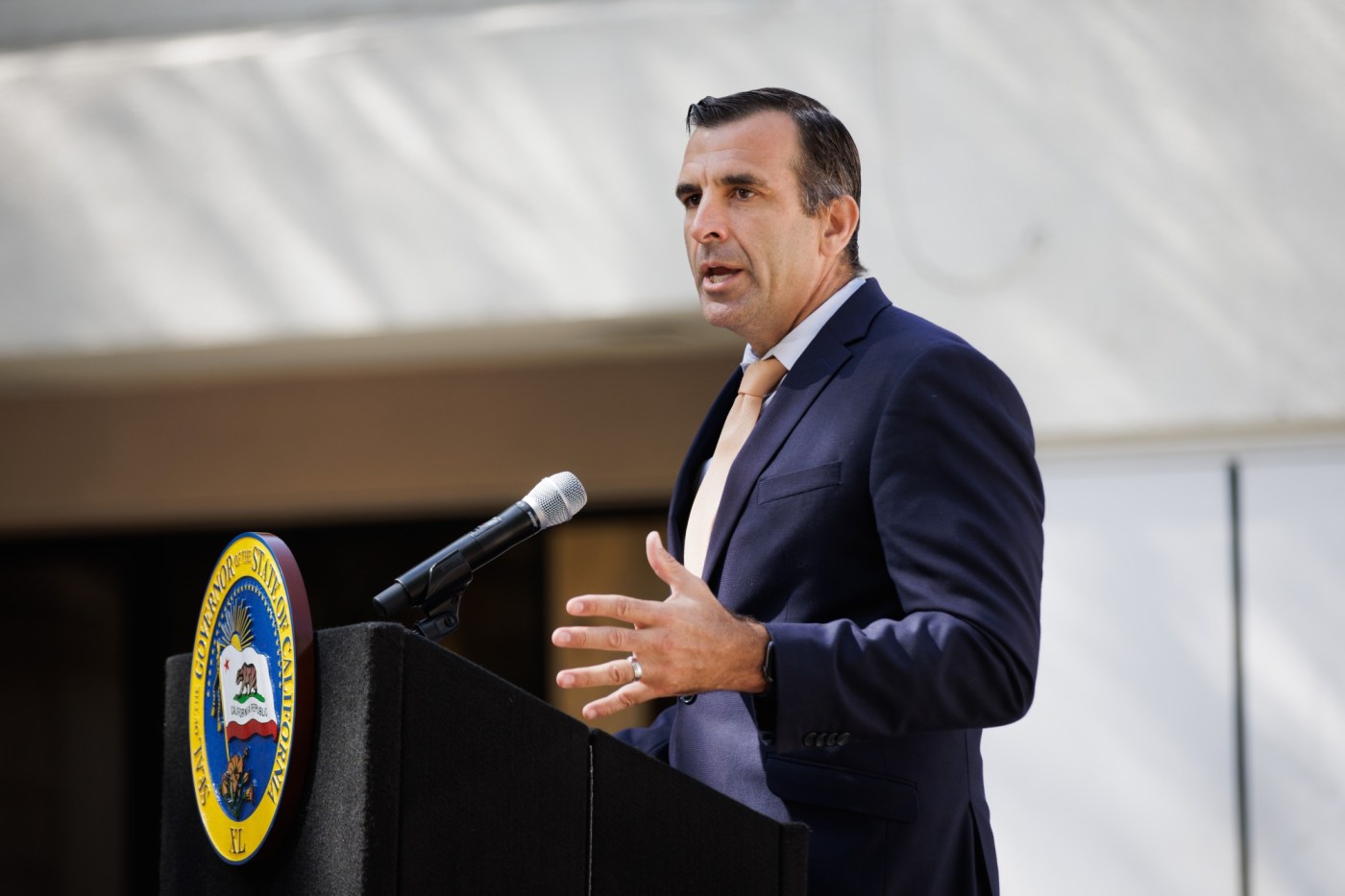 San Jose Mayor Sam Liccardo hasn’t washed his car since April 3, 2013 — the day he drove the Chevy Volt off the dealership lot.

It’s the thing he said he hasn’t accomplished since being elected mayor in 2014. And on Thursday night, under the bright stage lights at the California Theatre, he delivered his final State of the City address, using the dirtied vehicle as a metaphor for not only his, but San Jose’s “penchant” for taking the “long view.”

The car, Liccardo said, would become a “not-so-shining model of water conservation” as the state has suffered through yet another drought. It’s an antidote for a made-up disease he calls “temporal myopia” — “a short-term thinking that undermines our long-term quality of life” that he said has us burning through fossil fuels and underinvesting in public education, among other things.

“Throughout our history, San Jose has thrived by overcoming temporal myopia, by fixing our focus on the future,” Liccardo said. “Saving for the future. Investing for the future. That’s the ethos of generations of immigrants that have shaped San Jose’s character: sacrificing in the present, even in the toughest of times, for a better future for our children.”

In his speech, the mayor highlighted “key dimensions” of the city’s future while lauding the accomplishments of his eight year tenure.

Despite the 11 percent jump in homelessness that the city saw throughout the pandemic, Liccardo said he believes they’re “finally seeing some hopeful signs” in housing the unsheltered homeless population.

Since the start of the pandemic, the city has doubled down on constructing prefabricated communities that often cost less and are quicker to build than apartments. Liccardo said the three projects the city has built have taken 686 residents off the street. Nearly 80% of them remaining housed today.

The city is in the process of erecting hundreds more quick-build units with the goal of 1,000 under development by the end of the year.

Liccardo also triumphed at the city’s financial situation — a drastic change from when he took office in 2015 when the city was “licking its wounds” from the Great Recession, rising retirement costs and the pension battles.

While San Jose is still working to restore services — many impacted by pandemic-related budget cuts — the mayor highlighted the recent “promising results” including opening libraries for the first time on Sundays in 16 low-income neighborhoods, repaving or resealing 303 miles of streets and launching a free junk pickup program.

Liccardo said that wouldn’t be possible without the city getting its “financial house in order.” For the first time in two decades, San Jose’s budget office is projecting a modest surplus for the next five years.

In the wake of a gun violence epidemic that rocked San Jose last year when a Santa Clara Valley Transportation Authority worker killed nine at the light rail yard before turning the gun on himself, the city has marked reducing gun violence a priority.

On Thursday, he applauded San Jose’s leadership in the area as the city has recently banned the possession of ghost guns, required stores to video-record transactions and instituted a first-in-the-nation mandate that will require gun owners to purchase liability insurance.

“We have inspired other cities, and even the California legislature, to propose similar legislation,” Liccardo said. “We’ve also inspired a few groups to sue us. But with the successful advocacy of Tamara Prevost and City Attorney Nora Frimann, we will continue to fight to protect the lives of our kids in court, in City Hall, and in our neighborhoods.”

The evening was hosted by legendary Bay Area radio duo Lissa Kreisler and Sam Van Zandt, who reunited publicly for the first time since their KBAY-FM morning show went off the air in 2016.

Van Zandt brought a few items along to help Liccardo in his future employment after he terms out this year including hair spray, self tanner and hair gel, which Kreisler remarked “looks good on Gavin Newsom.”

As for Liccardo’s dirty Chevy Volt, he told the Mercury News that he plans on washing his car after he leaves office — unless it rains.